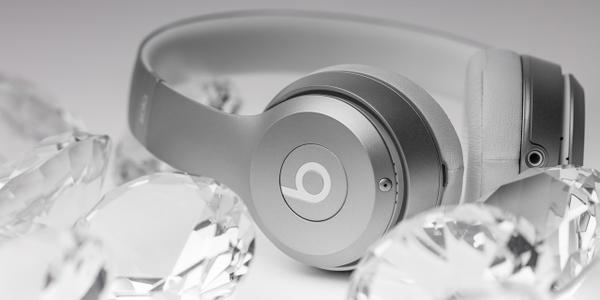 Why Apple Music Is Secretly Winning The Streaming Footrace

The spontaneous release of Drake and Future’s What A Time To Be Alive proved to be a great moment in recent music history, not just because of the collaboration between two dominant figures in rap, but also as a signifier of the tides turning for album premiere outlets. With only 24 hours advance notice, listeners huddled around their devices to tune in to the OVO Sound show on Apple’s Beats 1, listening to the rapper serve as radio host and DJ while they awaited new content. As a result of Drake’s partnership with Apple Music, the project was only digitally available on their streaming service its first week and was subsequently released to other outlets the following week. Thanks to its hold on American pop culture audiences and industry professionals, Apple Music has single-handedly redefined radio and what it means to be a streaming service.

It all started with Dr. Dre’s Compton: A Soundtrack by Dr. Dre album in July, announced on Dre’s “The Pharmacy” radio show and premiered on Apple Music via stream hours before its iTunes digital exclusive release. The project was streamed 25 million times that week and generated over half a million iTunes downloads. Given Future’s well-performing DS2 and Drake’s track record, including If You’re Reading This It’s Too Late’s platinum sales, What A Time To Be Alive‘s 375,000 first-week equivalent album sales were expected. What’s the common denominator in all of these music industry strides? Apple Music.

While its main competition boasts cool indie-style features, such as Spotify’s thorough “Discover” component that actually finds new acts based on listener’s existing playlists, and “Found Them First,” an accompanying new service that tracks listeners’ discoveries of breakout artists, Apple Music maintains unmatched access to big-name exclusive albums. Not only can music fanatics hear music first on Apple Music, but they also get the chance to hear their favorite artist guide them through the material at the same time via Beats 1.

Users can also connect with the artist through social networking feature “Connect” and hear artist-curated content on the Beats 1 shows. That sort of direct access to the artists is unavailable on streaming services like Spotify and Pandora. Under the crafty clutches of a technology giant like Apple, the perks of being an Apple Music member are sure to continue to roll in, with users having all-things-music all together under one roof at their fingertips, literally speaking for the large population of iPhone users.

That doesn’t mean folks should count out newcomer Tidal, backed by Jay Z along with 16 other major power-players as partners, including Beyoncé, Kanye West, Madonna, Rihanna and Daft Punk. Where Apple Music currently has the edge in music content and integration, Tidal is a force with exclusive live event coverage of its star-studded roster and events like the Made In America festival. Contrary to the nay-sayers’ hearsay, Tidal is actually doing quite well, recently celebrating 1 million subscribers in its first five months and rewarding fans with its Tidal X: 1020 mega-concert slated for this month. Yet, even with all of its major backing and high-definition audio advantages, Tidal is still new to the game and a work in progress through all of its executive changes.

What people who assure Spotify’s position as frontrunner in the streaming business seem to forget is that Apple Music, though run by people well-versed in music technology, is also still relatively new. Spotify, having been in business since 2006, is expected to have veteran knowledge of listeners’ needs. But even with that knowledge, it still cannot match the undeniable power and pop-culture influence of a conglomerate like Apple. It also cannot match the appeal to larger mainstream artists who will ultimately sell their music digitally on iTunes anyway. That kind of overarching power beyond Spotify’s microcosmic, intimate community shouldn’t go unnoticed and underestimated. Once Apple Music grows into its britches, and taps into more adventurous user customization, live video and its promises for new artists, it is sure to take the lead, and forcefully so.