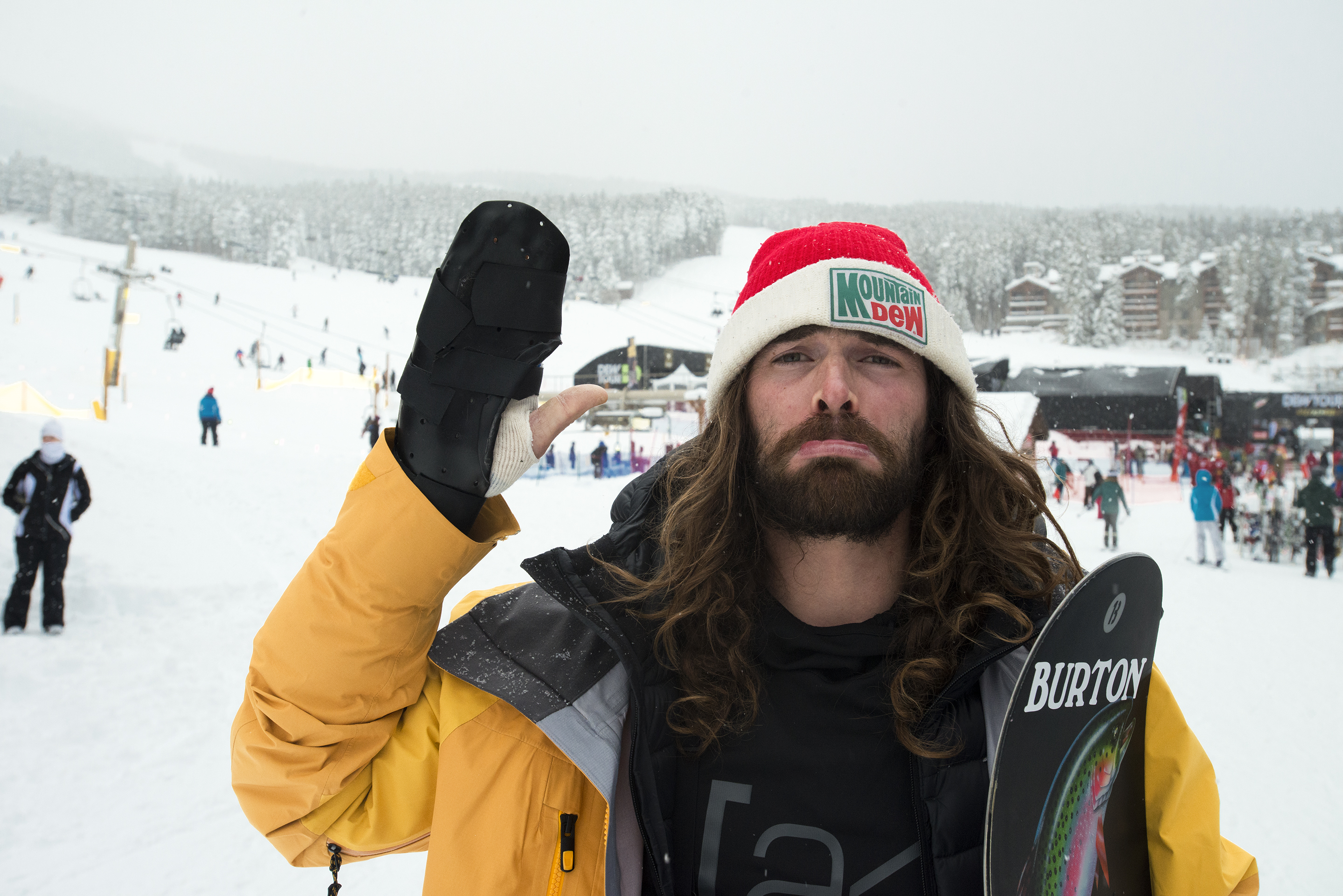 Word of Mouth: Danny Davis’ Tips For Living Large in the Great Outdoors

Danny Davis wasn’t competing in this year’s Dew Tour; there wasn’t enough snowfall in time to build his main event, the pipe. He’s walking around with a cast on his hand, not a snowboarding injury (“I’ve broken femurs, pelvises, backs…” he shakes his head in disbelief), just chopping kindling for the fire with a brand-new axe: He lives in the mountains and has a big ol’ fireplace that he likes to stoke at the end of the day.

As a millennial woodsman, creator of the fun folk festival The Frendly Gathering, and a firm grip as one of the all-time champs of the super pipe, Travellin’ Dan is building an awesome brand as a man of the free great outdoors, accentuated by a satellite radio subscription and a good axe. Coming off the top of yet another groundbreaking Peace Park (now in its third year), here are his three latest favorite discoveries.

The Mack-Daddy of Wood Heaters

I’ve been talking about getting a wood-burning stove just ‘cause my house isn’t that efficient on heat.
From what I understand, the old ones are the best. Thelin-Thompson is an old school brand. Those are pretty coveted. You can see ‘em on Craigslist for, like, 600 bucks and they’re like 50 years old.

I just got a new truck and it has XM radio and it has changed my life. I love XM radio. They don’t even pay me to say that. I had the same truck since I was 16 years old, and I got a new Silverado, hyped on that. They gave me a free three months and I just re-upped.

XM 23, the Grateful Dead channel, is always a go-to, although you can only handle so much Dead. I go Soultown, 49. You gotta hit the hip-hop stations every now and then; 44 and 45 I dabble in. Shade 45, I like Rude Jude. He cracks me up. Willie’s Roadhouse, Outlaw Country. Now you can get it for your phone. They have an app. So now I have XM for when I’m snowboarding. I was listening to Willie’s Roadhouse all morning.

Something we’ve been doing a bunch this fall is splitboarding. It’s a snowboard that gets split right down the middle and becomes skis. You travel uphill on it as skis and snowboard down on it. It’s good for climbing big mountains that you wouldn’t be able to get to otherwise.

I just got a Mercedes Ambulance. It’s 1979, from Germany. I bought it from a guy who imports them. It’s a G-Wagen body with a big camper on the back, so you can fit a water tank, fridge, sink, stove, bed… It’s really tight and small. I’ve always had a camper. I used to have a four-wheel camper which is like this pop-top one that goes on the back of your truck bed. I got sick of popping it up or down, every time you wanna go to sleep or leave somewhere. I wanted a 4WD and I wanted to get a true camper, but I didn’t want to spend 100 grand on a Diesel Mercedes. So I searched for a long time and looked for something 4WD.

His name is Derek, Derek the Danger Wagon.