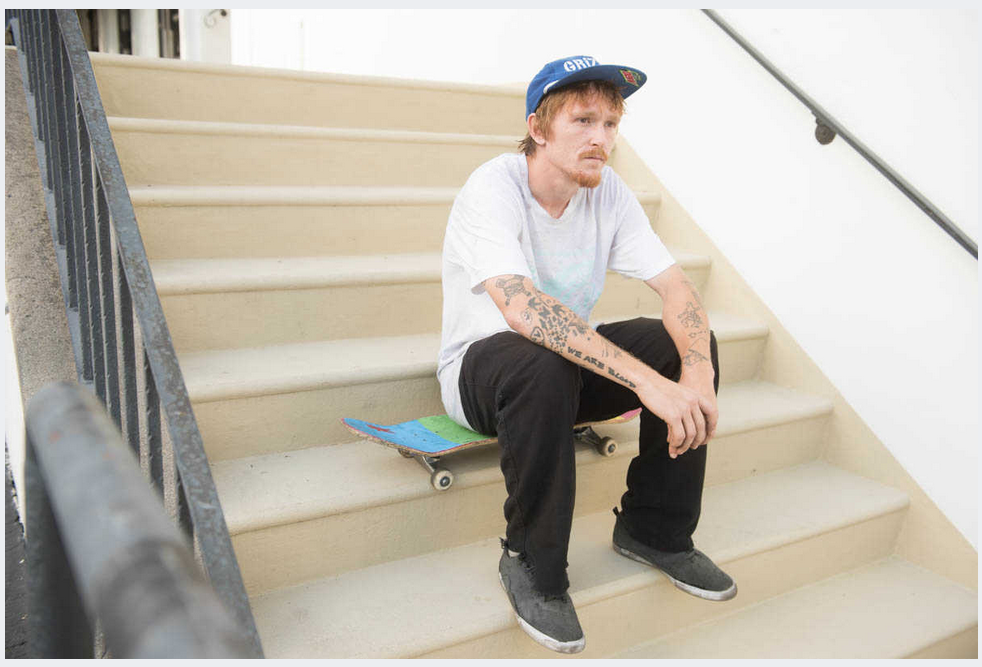 Word of Mouth is a series where we get you guys onto cool things, via cool people.

For this year’s first stop of DEW Tour, in Long Beach, California, and to celebrate the release of our documentary Gurreiro: The Tiago Lemos Story, we’re talking to Tiago’s fellow DEW riders about their favorite stuff right now, whether it’s a new app, style trick, or obscure YouTube Channel.

Today’s guest is Jordan Maxham, the scratch-proof redhead who was one of the stars of last year’s Mtn Dew Green Label Films’ WE ARE BLOOD, and who recently turned pro thanks to an epic part in Warco’s Sun Machine.

Check out more from our series Word Of Mouth, here.

Find out more about our documentary with Tiago Lemos, here.

When you’re eating at a taco place, and you’ve got lemons on your tacos, take a little plastic bag, squeeze all the lemon juice into it, and then rip a little hole in the bag–now, you won’t get seeds in your tacos.

There’s always new spots in California, it’s awesome. But there’s this new college [JM declines to say the name, you’ll have to figure it out.—Ed.] that’s like walking around like EA Skate, there’s a thousand spots in there to skate. That’s the new hot spot.

I’ve been eating a lot of kale chips, they are really good. No particular brand, you just get fresh kale from the store and you rip it up and put olive oil on it and salt and then put it on some tin foil and put it in the oven for like seven minutes until it gets all crispy like potato chips.

Pretty much everything by Charles Bukowski. Maybe Hollywood is pretty good so far, and Colt. I’ve read a few.

It’s not new but I heard my grandma say “wavy” recently. I thought that was pretty cool.