9 Pokémon You Want on Your Basketball Team

Two magical things happened in 1996: Chicago won a record 72 regular-season games, and Satoshi Tajiri created the Pokémon franchise. Coincidence? Of course, but both impacted my formative years irrevocably; Michael Jordan’s high-flying escapades and Nintendo’s release of the greatest hand-held games ever imbued in me a dual Pokémon and basketball obsession that persists to this day.

After 20 years of fandom, I’ve decided to combine the two, making a selection of the most all-star Pokémon that you’d want on your basketball roster*. I’ll call them “Pokéstars” (not be confused with the Monstars from Space Jam). Time to ball and catch ’em all!

*Three important things to note about the list: 1) I’m only considering Pokémon from Generation 1 (#1-151) because they’re the most gangsta, 2) I always liked catching the legendary Pokémon, but using them in battle felt unfair, so I’ve omitted them here, and 3) Special abilities, physical attributes, and Pokémon stats (attack, defense, and speed) are based on those found on Bulbapedia.

A fan favorite since Pokémon’s inception, Charizard is the dude that was drafted high and ascended to superstardom before your very eyes—much like how you (undoubtedly) selected Charmander in Pokémon Red or Blue and watched him evolve into a dominant, Elite Four-conquering Charizard.

Chari is a triple threat: He’s got fire-, flying-, and dragon-type moves, all of which translate to an elite and diverse offensive skill set on the court. His flying ability accommodates his relatively small stature and short arms, and his overall firepower would make Charizard one of the best, most dominant Pokéstars.
Player comparison: Steph Curry

Alakazam, the telekinetic, psychic Pokémon—you know, who’s always holding a spoon in each hand, looking like he’s about to double fist some fro-yo—with an IQ exceeding 5,000 is someone you want to have on your b-ball squad. Sure, at 4’11”, 106-pounds, he’s no tank, but his veteran leadership, outstanding memory (he recalls every moment of his life since hatching as an Abra), and innate ability to improve (his brain literally gets bigger as time goes on, Sheen Estevez-style) make him a coach’s best friend.

Thanks to his strong psychic maneuvers, Alakazam would be one of the most adept passers and ball-handlers since he’d know where everyone is and will be on the floor. He’s a point guard in the truest form, and a great one at that. Remember: In gen 1, psychic types have no weaknesses, so good luck stopping Alakazam in transition and at the end of games.

Pikachu is the OG Pokémon. He embarked with you on your first Kanto journey in Pokémon Yellow, and he’s become a global icon.

But Pikachu’s abilities in the Pokéworld are secondary to how scrappy, loyal, selfless, charismatic, and beloved the would-be combo guard is. He’s a locker room guy, a born leader, and a spark off of any team’s bench. And yes, he’ll sell tickets and merchandise like no one’s business.

Pikachu isn’t the best player, but he’s got the most heart.

Try to imagine a 7’3”, 460-pound monster running at you. Now imagine that he’s flying at you faster than the speed of sound. Pretty terrifying, right? That’s Dragonite in a nutshell. He’s the most versatile, athletically gifted specimen in the Pokémon world, and his uncanny natural abilities—thanks to that draconic DNA—would carry over seamlessly to the basketball court.

Dragonite, like Charizard, has a vast array of skills and attacks that can slay any opponent. His frame, speed, and ability to fly, along with his high-powered offense, make Dragonite nearly impossible to stop. He systematically dissects his foes, exploiting their weaknesses using his diverse array of moves. Recall that he can learn pretty much any Technical Machine in the Gameboy game! He’ll take you off the dribble, slash to the basket, fly off a screen and rise up for a jumper, or simply soar through the air and serve up a facial. Oh, and his athleticism and intelligence makes him one of the best defenders around. Can you say chase-down blocks?

Dragonite is a once-in-a-lifetime Pokémon in battle and on the court. It would take a very special Pokémon to slow him down, let alone stop him. 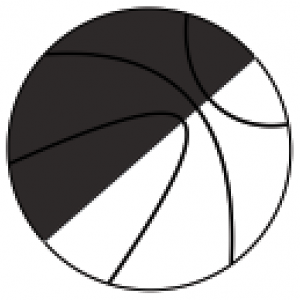 Ditto?? Why on Earth does he make this list? Aside from his relative weakness in the Pokémon games, Ditto stands at a miniscule 12 inches tall and weighs an infantile 9 pounds. He’s just a small purple blob.

But think about Ditto’s special ability for a moment: transformation. He can morph himself into the exact shape and size of his opponents, as well as take on their attacks and capabilities. Not only would it knock any player for a loop to have to check an exact mirror image of himself, but it also makes Ditto the ultimate defensive stopper. He can guard anyone—theoretically.

The problem with Ditto is that his game is predicated on every other player on the court. He adapts and reacts rather than attacks on his own. This can be problematic from a leadership perspective, as well as if the opponent he’s guarding is mediocre (on either side of the floor) to begin with. For example, he wouldn’t be able to guard a Carmelo Anthony-type since Melo is a poor defender. That being said, Ditto would enjoy Melo’s offensive prowess and may be the only Pokéstar capable of locking down Dragonite. For that reason alone, he’s worth the roster spot.

Player comparison: Jeff Green because you may get something special or a whole pile of nothing from him, depending on the game. Basically, he’s wickedly inconsistent. Ditto works in the same way, except his inconsistency is entirely determined by his opponent.

According to Bulbapedia, Poliwrath “has powerful muscles in [his] arms and legs that never tire.” Talk about the ideal combination of strength and endurance! Although he’s undersized for his position (small or power forward), Poliwrath is the type of baller that will play harder and with more aggression for longer than anyone else on the floor. He’s scrappy, he’s strong, and he’s a menace on the glass. Not to mention, he’ll set a deadly screen and can even step behind the arc to knock down threes should you decide to play small ball. Poliwrath is your impassioned, heady, consistent hustle guy. He, along with Pikachu, is the heart and soul of your squad.

I know what you’re thinking: How can Metapod play basketball if he doesn’t have legs? Or even arms? His lack of limbs severely inhibits his offensive game, yes, but it allows him to focus his energies elsewhere. He’ll stick (literally) to his opponents like glue, making any kind of offense they try to muster futile. And isn’t that someone you’d want on your squad? He’s just an absolute pest.

While Metapod is the premier perimeter defender, able to lock down even the deadliest offensive weapons, he’s not good for much else. On the other end of the floor, he’s a liability. Teams will dare him to shoot jumpers and essentially leave him alone wherever he is on the court. He’s unequivocally, the Tony Allen of Pokémon—great on defense and a trainwreck on offense.

Oh, if you’re wondering why I chose Metapod instead of Kakuna, the “Pokélytics” point to the former having a stronger defensive game.

Arbok will never wow you on offense (although he’d probably be a good finisher around the rim due to his size), but as a defensive anchor, he’ll scare you straight out of your sneakers. He’s an 11-foot tall cobra for crying out loud! Plus, he’s got the face of a ghost on his body that supposedly mimics that of his opponents as an intimidation tactic… which is insane and terrifying. Think of him as Tyson Chandler—but four feet taller. When he’s not blocking shots, he’s altering them.

The one issue with Arbok is that he has a vengeful nature, which could deter his focus every now and then. Plus, he’s prone to hack-a-Arbok tactics, so he may have to sit in the waning moments of a close game.

Regardless, Arby is worth it.

Every team can use a three-point specialist, and that’s just what Marowak would be. Think about it: He’s incredibly accurate when tossing his bone at opponents, even if they’re far away. In fact, hit strikes them at a 90 percent clip, so imagine what Marowak can do with a basketball in his hands. Not only would he be able to knock down jumpers with remarkable accuracy, but he’d be able to do it from distance. He’s the three-point sniper that every team in today’s game needs.

Lack of size and a troubled past (i.e. the death of his mother) gives Marowak an edge and ferocity, making him more determined and focused. I want this dude running off screens, jacking up triples, and pouring in the points for me.

Bonus!! Pokémon you should avoid when filling out a basketball roster:

Machamp is absolutely shredded, but have you ever wondered where all his muscle mass comes from? This meathead looks more like a body builder than a basketball player or even Pokémon for that matter. I’m not sure Machamp would pass a “wellness” test, if you know what I mean, so I’m staying away.

Snorlax has the height (he’s nearly 7 feet tall), but his weight and eating habits are problematic, verging on dangerous (he’s over 1,000 pounds!) Plus, I don’t recall him standing up… ever. Snorlax is the dominant college center loaded with potential, but winds up a bust in the league because he can’t keep himself in shape.

Avoid the lethargic, eating, sleeping mass that is Snorlax.

At almost 30 feet, Onix’s height would excite coaches and scouts anywhere, but think about his size proportional to the hoop: A basket is 10 feet tall, which means that Onix’s head would remain about 20 feet away from it at any given time. This gives him an extreme disadvantage on both the offensive and defensive ends of the floor. Players can easily sneak around him, and logistically, his bulk and lack of speed mean he’d have a nightmare of a time establishing a fluid post game and rim protecting.

Gyrados is an intimidating creature. He’s over 21 feet tall and has a face that would terrify even his own mother. Also, like his draconic brethren Charizard and Dragonite, he’s very powerful, making him a potentially superb basketball player.

That being said, the water-flying type has significant behavioral issues. Gyrados’ horrible temper, destructive tendencies, and violent nature would make him a head case for coaches, DeMarcus “Boogie” Cousins-style. Unfortunately, his antics and selfishness outweigh his tremendous scoring and rebounding abilities.