Full Circle: Why The “Bling Bling” Era of Music Videos Is Officially Over

The two opposing coasts, East and West, were at increasing odds, but the videos offered from both sides weren’t. In fact, rap videos as a whole during the mid-’90s were quite similar. There was a sense of machismo, where rappers took pride in their street upbringings. Here, smiles and high energy were rare: instead, videos like Coolio’s “Gangsta’s Paradise” and Method Man’s “I’ll Be There For You/You’re All I Need To Get By” featured shadowy, often hazy, environments reflecting the harsh realities of the hood. Women, if present, were understated and mostly in the background, fully clothed—presumably representing a support system who could “hold it down for their man” during the hard times.

When rappers weren’t depicting the realism of their hood struggles, they enjoyed the small luxuries with their people, still maintaining a sense of quiet sophistication. Think Puff Daddy’s feature in the jacuzzi with a bottle of champagne and then-girlfriend Misa Hylton-Brim in the “Big Poppa” video. Rap fans also got a taste of their rap heroes’ potential as larger-than-life actors, starring in theatrical videos that featured Hollywood A-list cameos, and either seemed like mini-movies or were actually based on film, such as Tupac’s take on Mad Max in “California Love.” In this era, expensive props or elements of the flashy lifestyle had significance in telling a story, rather than just representing the rapper’s current way of living. These videos, complete with gestures and characteristic movements forever ingrained in rap fans’ memory, became just as iconic as the songs themselves.

With the deaths of Biggie and Tupac, the end of the ’90s ushered in a much-needed energy to cope with the loss. Videos reflected the world’s anticipation of the millennium with lively colors, futuristic outfits, and bright white sets. Rap, in more ways than one, came out of its former shadows and into Hype Williams’ signature fluorescent ring lights, with the help of the “Shiny Suit Man” himself, Puff Daddy.

Rappers finally began to have fun, enjoying life and all of its opulence. They showed the world how to dance, fly jets, flash “icey” jewelry, and throw money in the air. Master P’s No Limit Records put a stamp on rap’s lavish living with a gold tank in 1997’s “Make ‘Em Say Uhh,” and set a precedent that New Orleans would follow for years. Flashy lifestyles met the hood, and rappers like the Hot Boyz and Big Tymers traded in suits for oversized white tees and jeans, accentuated by big gold chains and gold teeth. Gone were hip hop’s humble beginnings—now money wasn’t a “thang,” according to Jay Z and Jermaine Dupri, and audiences were reminded of it with every foreign car raced and dollar tossed.

The hip-hop industry reeked of new money, and the superficiality displayed in videos was just the literal representation of superficial lyrics and content. Popular videos no longer featured thorough plots; all you needed was a big budget and expensive toys to play with. And wherever there was a deficiency of “bling-bling,” there was an overflow of scantily-clad women in its place, this time getting way more camera time than before. In fact, the millennium also introduced the era of the “video vixen,” catapulted to the forefront by models like Melyssa Ford and Vida Guerra. Entourages were also more present, in videos and in real life, following behind the rapper who had become a symbolized leader in his circle and in larger pop culture.

As a result of its glorification of money and hyper-sexualized images of women, rap faced scrutiny and harsh criticism. Less and less attention was given, by both the artist and audience, to real lyricism, and the hip-hop video had become a vehicle for showing off. 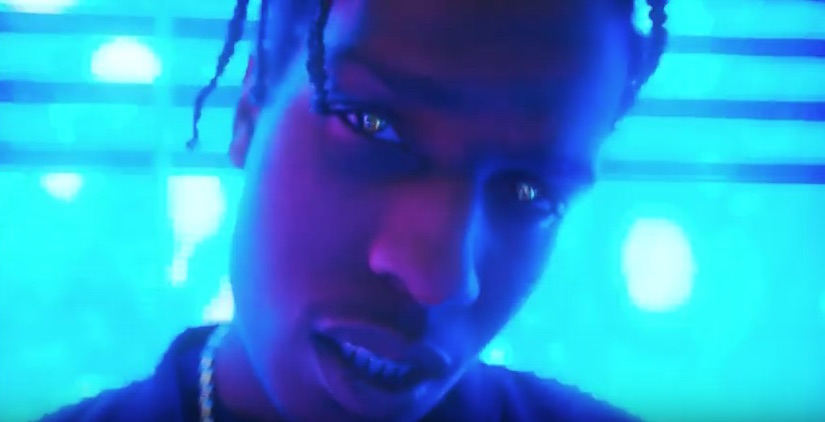 With the decline of music sales in the early 2000s, less emphasis was placed on the rap visual. Now that money wasn’t as available without the financial backing of major labels and large budgets, rappers were once again forced to be artists: less money meant they had to think more creatively.

Content in rap music also saw a change, reflective of a change in socioeconomic factors and increased political awareness. It became corny to just rap about money and designer labels—fans want more. They want hard-hitting verses they can actually relate to, evidenced by the platinum sales of Drake and J. Cole, and the gold sales of Kendrick Lamar’s To Pimp A Butterfly this year. It’s only fitting that the visuals evolve into something more artistic, as well.

Rap videos have returned to their cinematic roots, with videos like Post Malone’s “White Iverson,” Future’s “Where Ya At,” and even Rae Sremmurd’s “This Could Be Us” opening with credits and introductory scenes. Plots have returned, a recent example being when TDE’s Jay Rock channelled Hannibal Lecter in the deranged “90059.” Rap has also tapped back into its dark side: Nearly-naked women are more clothed, and dark shadows and silhouettes have returned, such as Big Sean’s looming clouds in “Blessings,” along with fewer smiles, a logical transition given rap’s return to real content and music.

And with more of mainstream culture listening to and emulating rap music, along with AutoTune’s foothold in the game, the sound of rap has also evolved into a more experimental genre. Rap visuals have also flirted with the abstract and surreal, aided by visuals of free-flowing liquids or dust and trippy distortions, furthered by the artsy album artwork of late and evidenced by A$AP Rocky’s “L$D.”

Mannie Fresh anticipated the return of rap visuals as far back as 2003, in an interview with Vibe: “The bling-bling era wasn’t the ‘message-important’ era, like how Marvin Gaye and them went through their save-the-world mission,” he said. “We didn’t do that. Hopefully, the next era will be more serious and focus on regular-life stuff.”

In response to a world of violence, stimulating, thought-provoking imagery is a must. What is cutting-edge is hip-hop culture’s embrace of influences beyond the gates of the ghetto and its ability to mesh the realism of its past with the surrealism of the future. The one constant throughout is hip-hop culture’s ability to evolve and remain an art of expression to current times.