The 10 Most Obscure Rap Songs From Chicago

What’s become a given–that the Windy City can consistently produce young, marketable stars–would’ve been laughable in the ’90s. Rappers who, were they from New York, might’ve been marketed, listened to, and eventually canonized, fell by the wayside for lack of infrastructure, nebulous “It” factor, or simple bad luck. While Common, Twista, and, to a lesser degree, Do Or Die emerged here, there are essentially three generations of Chicagoans who have been widely ignored. Here’s some of their work.

Stony Island, “Slowly On The South Side”

Stony Island–composed of LaVie “Super LP” Raven, Wyatt “Attica” Mitchell, and Alex “Lunchbox” Law–were staples of Chicago rap in the early ’90s. The South-siders were graffiti artists and rappers, who, like basically every other Chicago rapper, existed at the margins of the genre. According to an article in the Chicago Reader, the group, seeking the attentions of a major label, traveled to the New Music Seminar in New York. Law, ironically, got there through extralegal means: train hopping with writer and activist William Wimsatt. The trip yielded some interest from the Beastie Boys, but no deal. The situation (almost) rectified itself when Numero Group, a Chicago-based archival label, re-released their final album, 1996’s Supertransfer Good All Day Today.

In January 1993, Wimsatt, along with Greg Kot, wrote a cover story for the Chicago Tribune, “Why Chicago Artists Have Been Outcasts Of The Hip-hop World.” Some of those mentioned–Common Sense, Tung Twista–went on to experience fame, but most were footnotes, or footnotes’ footnotes, little-appreciated artists whose cassettes barely left the Windy City. Wimsatt and Kot wrote that AH-J “is a harsh writer with a sophisticated sense of irony…
[whose] cinematic lyricism and unrelenting voice have been compared to Ice Cube’s.” Aside from a cassette mentioned in the article, The Strong Side, AH-J seems to only have released two singles– “Nat Turner Syndrome” and “Chaos/MC AH-J.”

Another artist briefly profiled by Wimsatt and Kot was Ang 13. Ang 13, like many of her fellow Chicagoans, shied away from signing to a label because of what the authors identified as a “sensibility [that was] an assault on phoniness, pandering and weakness.” It’s impossible to say whether by rebuffing labels’ advances Ang 13 did herself a service–she could have experienced delayed, albeit significant mainstream success like Twista, or had her album shelved in some basement antechamber like Kool Rock Steady. As of Wimsatt and Kot’s writing, she’d graduated high school despite working as a telemarketer, occasionally turned to petty thievery, flunked second grade for playing hooky, and was kicked out of her home for failing grades her sophomore year of high school. But unlike many of her peers from the early ’90s, Ang 13 is still active, which could be deemed a triumph. 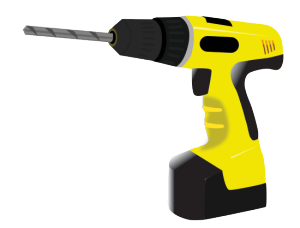 Kool Rock Steady, “You Ain’t Nobody”

KRS-One supposedly dissed Kool Rock Steady both for the similarity of their chosen initials and the the latter’s medium: hip-house. Hip-house was, as the name implies, the short-lived fusion of hip-hop and house music, largely practiced by Chicagoans and New Yorkers. For KRS, it was simply a bridge too far. His accusation that hip-house, and Kool Rock Steady in particular, was diluting the purity of hip-hop was met with this single, “You Ain’t Nobody.”

Original copies of Ruthless Rod and MC Dollar’s Loud As a Banshee EP are exceedingly rare, and, according to Werner Von Wallenrod (hip-hop dork extraordinaire and not a name I just made up), frequently waterlogged.
Such is life when collecting records which hardly existed at all, and were probably stored in someone’s dank basement. Those look for a more affordable copy can look to Dope Folks Records, a Milwaukee reissue label focusing on Golden Era rap, who re-pressed Loud As a Banshee in 2010. There’s a catch: they replaced the last song of the EP, “Just 4 U” with an unreleased cut from the same era, “As I Break ‘Em Down.”

Like all house singles worth (at least) their weight in polyvinyl chloride, Steve “Silk” Hurley and M-Doc’s “It’s Percussion” has four versions: “Radio,” “House,” “Dub,” and “Insane” mixes. It’s the “House Mix,” with M-Doc’s rapping, that’s the superior version; Tevo Howard, Chicago house legend, said of “It’s Percussion” that it’s “An absolute classic in the world of hip-house and an early release for the genre… [It] is definitely a gem that paved the way and carved its part in the valley of House music in general.”

Fine, Serengeti’s “Shazam” isn’t that obscure, but we should all be willing to make concessions for something as wonderful and weird as the rap universe of David Cohn’s devising. For those unfamiliar with Cohn, the proud Chicagoan is a man of many alter-egos, whose series of Kenny Dennis releases are rapped as a hubris-stricken Chicago sports-and-Patrick Dennehy superfan. “Shazam,” as the name implies, is a diss song about Shaquille O’Neal, whose team clashed with Cohn/Dennis’ beloved local champions in the mid-’90s. In summation: Magic? That’s not a real thing.

Open Mike Eagle came into his own as an artist while living in Los Angeles. But he was born and raised in Chicago, and attended Southern Illinois University-Carbondale, where he met friends and future collaborators Serengeti and Hannibal Burress. “I Rock,” from Eagle’s first real, solo full-length album, Unapologetic Art Rap, is a summation of the indignities and very minor glories of a rapper with a 9-to-5. Fortunately for Eagle, his recent successes have allowed him to quit the day job. 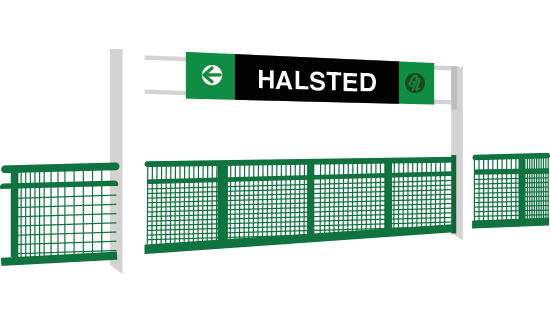 D.J. International was one of Chicago’s dominant house labels, and “Fast” Eddie Smith was one of their most prolific DJ’s and producers. And, though Fast Eddie helped create hip-house, his collaborations with The Villain are straight hip-hop–perhaps that’s why he chose the one-lettered pseudonym “E.” In 1990, he formed America’s Most Wanted, a gangster rap group which included Villain. They released one single. The following year, The Villian & E splintered from the group, releasing “Non-Stop.” Their album IA2BPW received a test pressing from DJ International, but doesn’t appear to have ever been officially issued by them or Fast Eddie’s Gangster Records imprint.

It’s the 20th anniversary of Grav’s Down To Earth, which means it’s the 20th anniversary of Kanye West’s first production credits. Of the 15 tracks on Grav’s sole album, Kanye produced eight. Were he to produce the same portion of an artist’s debut today, the internet would explode, but in the mid-’90s that’s what the young producer had to do. His production on Down To Earth is solid without displaying the flourishes and flights of fancy that’d come to mark his work in the following century.