Five Emerging Dallas Hip-Hop Artists You Should Be Listening To

Dallas outfit The Outfit, TX claimed that, had they the budget and infrastructure to sign Dallas rappers, they could change the direction of the entire genre.

“If I had half a million dollars, it’s a gold mine,” said JayHawk, the group’s most reserved member. “What do I want to do? Which direction do I want to take hip-hop? I could take any direction I want to because the talent is here.”

It’s not nearly as ridiculous a claim as it sounds. Though Dallas doesn’t have the reputation of either Austin or Houston, it has historically fostered a vibrant music scene. The rappers here are but five (-ish. The Outfit, TX are three dudes) of the city’s teeming masses of talented artists. 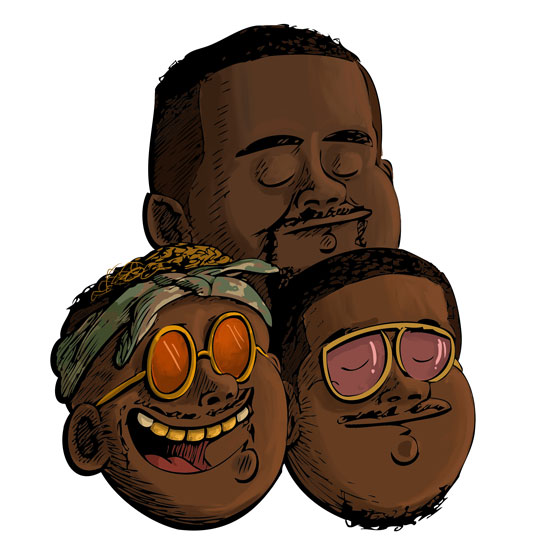 The work of rappers like the Dirty South Rydaz, Mr. Pookie, and Mr. Lucci wasn’t for naught: The Outfit, TX are leading Dallasites into rap’s bright, terrifying future. They’re humble, encouraging leaders, stewarding their flock. It hasn’t been easy. Mel, Dorian, and JayHawk (and former member Norm G) have been releasing music for eight years, and despite the glaring excellence of their most recent album, Down By The Trinity, the group remains outsiders to rap’s larger conversation. It can’t be long until that changes. 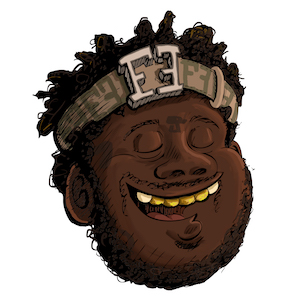 Loudiene took a circuitous route to Dallas suburb McKinney. His family, left with nothing in the wake of Hurricane Katrina, moved from New Orleans to Georgia to Baton Rouge then Houston before ending their peregrinations in North Texas. Loudiene doesn’t sound like a Texan because he isn’t–he has a throaty rasp that would’ve landed him on No Limit or Cash Money had he been born 15 years earlier. Even without a mixtape to his name, Loudiene’s a name to watch. 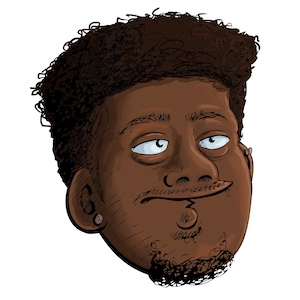 As proof of their charitable nature, The Outfit released Deep Ellum in 2015, an EP which featured a different emerging Dallas rapper (or two) on each song. A particular highlight of the project was the stifling, humid “All Bills Paid” featuring Devy Stonez. Stonez, formerly of the group BLACKTAG, is a silver-tongued lothario. After the release of Stonez’ most recent EP, Stepping Stonez, Mikel Galicia of the Dallas Observer called him one the city’s most promising rap talents. We agree. 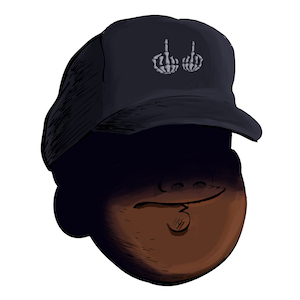 Although he and Loudiene have a song together (“Hunnid Pack”), Cleveland-born Saint Clair is his one-time collaborator’s inverse. While Loudiene’s achieved local notoriety with few songs and an outsized personality, Saint Clair’s output is as prolific as information about him is sparse. He’s constantly releasing music; his Soundcloud vacillates between screw-it tracks like “Squad” (with sometimes-partner TV), voice-altered interpretations of hits like “March Madness” and “White Iverson,” and brooding, inebriated dirges like “Crazy.” Few rappers, in Dallas or otherwise, have a repertoire and aesthetic as developed as Saint Clair.

At 30 years old, Blue, The Misfit is the oldest artist on this list. He’s also the one who’s been closest to a national breakthrough. It was with the help of his cousin Dave Free (president of Top Dawg Entertainment) that Blue was able to get beat placements with Mac Miller, Kendrick Lamar, ScHoolboy Q, and Ab-Soul. But he never signed a contract with the label, and took especial care to keep his best instrumentals for his then-unfinished EP, Child in the Wild.

Although Blue’s spent much of the past two years producing for other artists, his album Perfect Night, For A Funeral is theoretically forthcoming this summer.