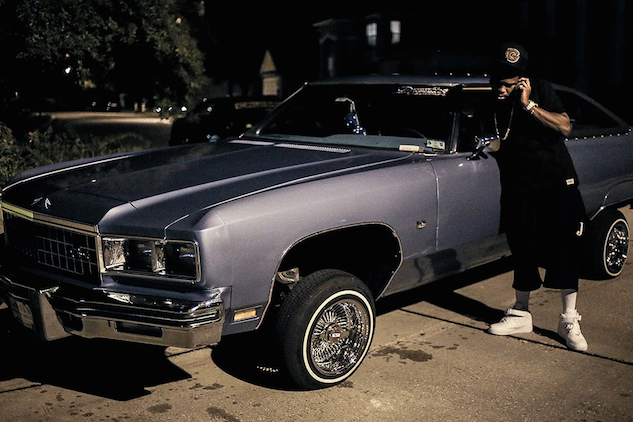 Directing Videos for Curren$y: Houston's Own Jorgey Casanova, Digging Through the Greats

My name is Jorge Casanova, and I'm a visual artist from Houston, Texas. My 8th grade year of middle school I was told I needed to pick my electives for my freshman year of high school. Of course I didn't [do it], and I ended up having to take a journalism class.

The first week in class we were introduced to a program called Photoshop. At the time, it wasn't such a well-known program or term that it is now. It amazed me, and by the time I left high school I was pretty familiar with it. Over the next few years, I pursued a career as a freelance designer instead of a regular 9-5.

Around 2009 I got tired of local artists sending me crappy photos to make them mixtape covers, so I decided to purchase a camera to take photos. I didn't really have a brand name at the time so I just went with "Jorgey," which was my nickname since I was a child (thanks to my mom). Eventually I added films to that. Over the next few years, I researched and practiced my butt off after realizing how hard photography really was.

I saw a lot of close friends get locked up or screw up their life. That, and family, always kept me motivated.

Eventually, I got into directing music videos after being really inspired by Creative Control and all the visuals they did for Curren$y. Ironically I would eventually get to work with him years later. Fast forward a little later and here I am.