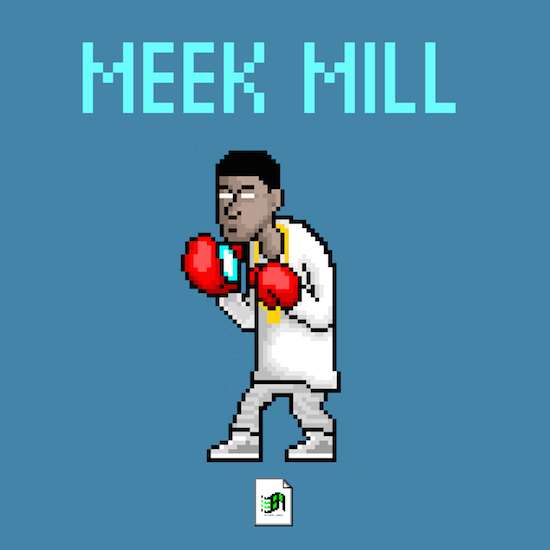 The history of rap video games is short and inglorious. Rap fans have played as PaRappa the Rapper, a paper-thin rapping dog, tried to maneuver Wu-Tang Clan members with a Wu logo-shaped controller, and dunked on House of Pain with Queen Latifah in Rap Jam: Volume 1. Rap video games reached their peak with 50 Cent’s two (!) mediocre titles and Def Jam’s wrestling series, which, while well received, is more about headlocks than rap music. Here are a few ideas to help improve the genre:

In Mike Tyson’s Punch-Out!!, gamers play as Little Mac, an overmatched boxer who works his way up to fighting the titular heavyweight, Mike Tyson. In Meek Mill’s Punch-Out!!, gamers play as Little Meek, a very loud rapper who Tweets his way into beef with an awkwardly top-heavy Drake. There isn’t actually any violence in Meek Mill’s Punch-Out!!–your only available weapons are subtweeting and @’ing other rappers. Hint: counter Drake’s crowdsourced memes with a pithy GIF!

Road Rash, a series that spanned from 1991 until 2000, was a cartoonishly-violent motorcycle racer in which players could sabotage other riders. Road Rash: Seattle is a much more pleasant experience–players navigate Macklemore on his scooter around the Emerald City, engaging in dance battles, lighthearted negotiations over used clothing, and, in the final level, have to tastefully officiate a gay wedding. Rated “M” for “Macklemore.”

If you’ve been to an arcade, you’ve seen at least one overzealous, sweaty teen pounding out rhythmic steps on Dance Dance Revolution. Diddy Diddy Revolution is a different experience. The game’s fine with a single participant, but functions best as a two-player game. To get the full Puff Daddy experience, have a friend start playing, and slowly elbow them aside while Diddy Bopping and erotically exhaling “Uh-huh” and “Take that, take that!”

The setting: 1970’s Los Angeles. The problem: Sir Stewart Wallace’s crime empire has infiltrated the city’s police force. The solution: three cops with unusual, sometimes extreme methods. Cochese (MCA), a maverick cop on the edge, Bobby, “The Rookie” (Ad-Rock), a hotheaded rookie who doesn’t play by the rules, and The Chief (Mike D), a hardened vet who doesn’t take your [malarkey] are playable characters in Sabotage, an open-world environment in which even your fellow cops can’t be trusted. Choose wisely–around every corner lurks the possibility of…SABOTAGE!

The concept of Pokémon is simple: “trainers” capture Pokémon, train them, and battle them against other trainers. Pokémonye West is equally straightforward: Kanye West captures Kardashians (and Scott Disick!), trains them, and battles them against the celebrity menageries of George W. Bush, Beck, and Taylor Swift. Kanye’s favorite Pokémon Kimdabra’s signature move is the formidable Break The Internet, with his Khlofairy capable of doing damage with Confusion (opponents are befuddled by her continual fame). Instead of Professor Oak, Kanye has Sway, who remains helpful despite not having all the answers.

The major flaw in Def Jam’s video game franchise was the lack of real life rivalry between the included rappers–why not make a video game with rappers who actually hated each other? Marvel vs. Capcom, SNK vs. Capcom, and Mortal Kombat vs. DC Universe have proven that crossover fighting games are reliably successful format; East Coast Vs. West Coast features combatants ranging from 2Pac and Notorious B.I.G. to Tweedy Bird Loc and Tim Dog. Special tag-team matches feature Capone-N-Noreaga versus Tha Dogg Pound and Death Row versus Bad Boy.