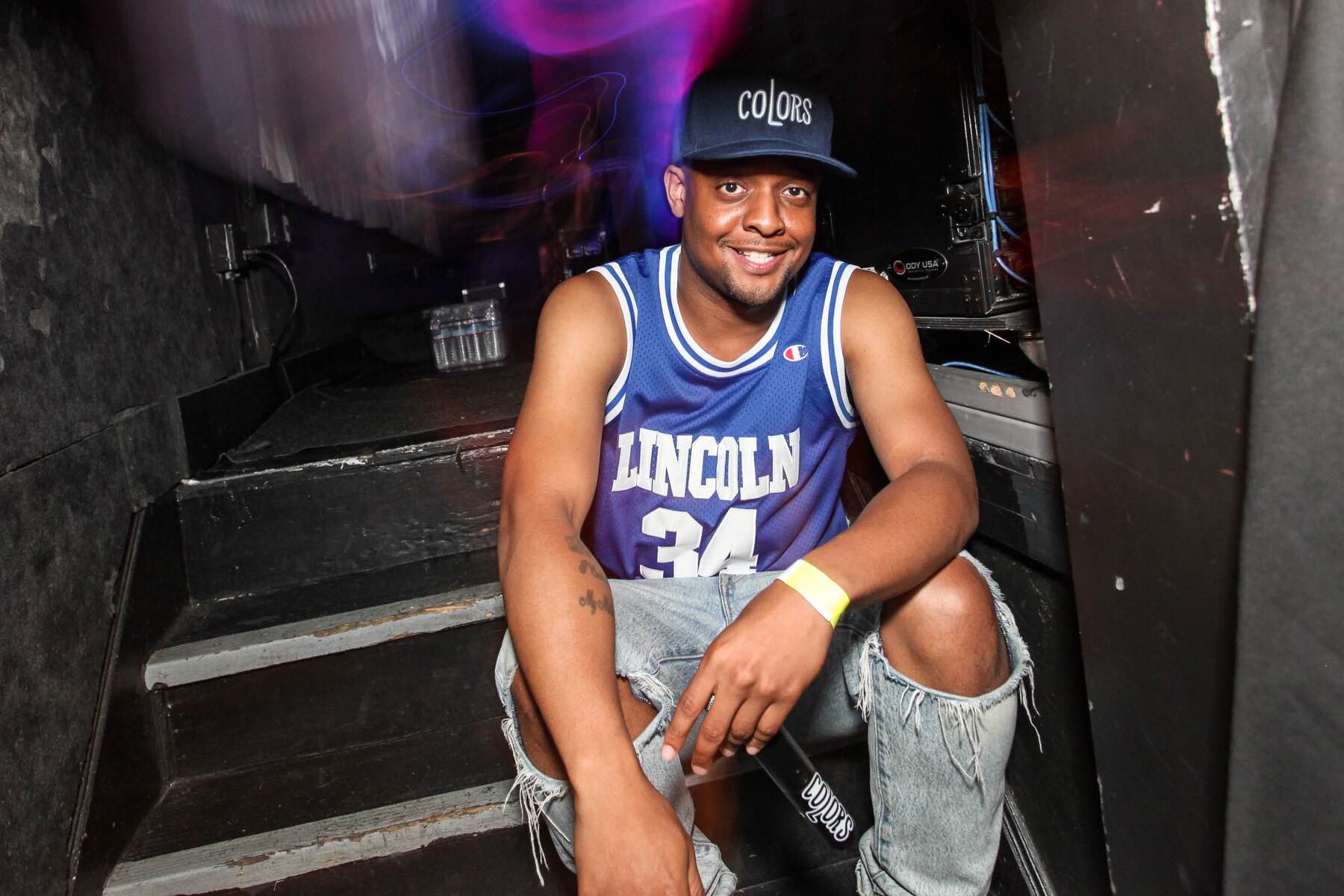 Jabari Johnson has always been an early adopter. The filmmaker and creative entrepreneur’s career started when he took advantage of the then-young digital space to interview stars like Justin Bieber, or produce documentaries on Macklemore and Tinie Tempah, early in their careers. Nowadays, he’s spending a lot of time with his event series-turned-company COLORS, which throws events from comedy shows to concerts in major markets Los Angeles, New York, San Francisco, and Washington D.C.

Johnson has called Los Angeles his home for the past few years. To celebrate Green Label’s arrival in LA for the last stop of Dew NBA 3X, and our Fairfax Block Party (featuring food, hoops, live music and streetwear giveaways—see here for info), we hit up Johnson just as he was getting settled into his new digs in the Westside neighborhood of Culver City.

The music scene in LA is just crazy right now. There are so many dope new artists,” explained Johnson. “I come from the hip-hop world and always try to be on the cusp of what is popping and what’s next—especially with my company. Anthony Lewis is a new up-and-coming R&B artist that we’re rocking with and so is this L.A. based group THEY.

And on the comedy side? The best new comedian in L.A. is Teddy Ray. His comedy is very effortless and he always seems like he’s just talking to friends when on stage. Some other folks that I really enjoy are Ron T, Lil Rel, and Dave Getzoff.

There is a lot of cool stuff happening downtown in general right now but one thing in particular is Nice Kicks. My buddy Matt runs that. They just opened up a two-story sneaker and clothing store—smack dab in the middle of downtown LA.

The Line Hotel, and Its Restaurant, Commissary

The Line Hotel is a place where a lot of dope stuff goes down. Usually anything that is happening at the Line is pretty rad. They also have a restaurant at the top of the hotel called Commissary that has a lot of good food. It’s a great spot to go for brunch, and it almost looks like a greenhouse on the inside.