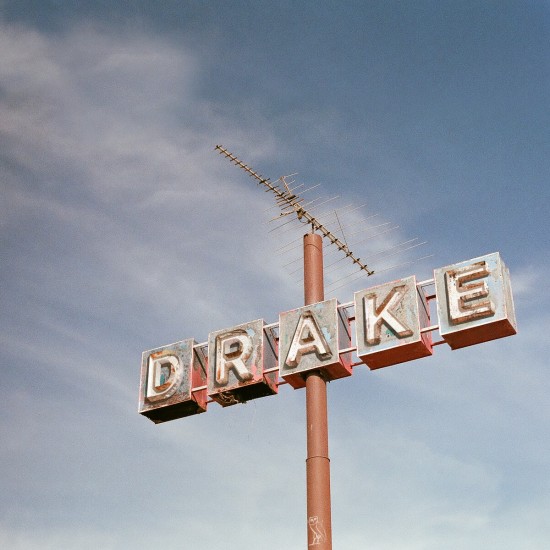 See How This Tumblr Artist Created These Rap Road Signs

We noticed 22-year-old English artist Jordan Harrison (aka “jhgfx) on Tumblr, with his set of reinterpreted classic signs featuring the names of hip-hop artists including Drake, Kanye West, Kendrick Lamar, and Childish Gambino.

A trained artist, Harrison created and edited the series entirely in Adobe Photoshop and Illustrator, using skills that were completely self-taught. “I went to college to do design, I didn’t go to a university,” he says. “I just started working freelancing for clubs or anywhere I could. The work that’s on my Tumblr is just personal projects that I’ve been doing over the past few months. I didn’t really expect them to take off like they did.”

With hopes of someday becoming an album cover designer on his own terms, Harrison walks us through the process.

This just came from me playing with Photoshop for years. I definitely didn’t learn any of this stuff in school.

I was just searching for stock images for another project, and I found the Childish Gambino one first. I like to produce my work in sets of four if I can, so once I did the Gambino one, I just looked around for other inspirations for the other artists.

Because they weren’t for a client, I just went off of what I found. It’s surprisingly difficult to find good stock photos of signs. From there, I just picked which artist I felt the images worked best for. I saw what I wanted to do, and I just worked straight out of Photoshop and Illustrator, apart from the Kanye West one. That one was a little difficult to get my head around without sketching it out first; it was more difficult than it looks. But if it’s for a client or a big project, I’ll probably sketch it all out, and start like that.

This isn’t something I ever thought that I would do with these photo edits, but it was just something that came to me. It’s kind of hard to explain when it just feels natural doing it. They ended up fitting the artist, but I didn’t have the artist in mind when I picked the images… The Childish Gambino one kind of looks a bit comical, I thought. The Drake one was more that I had already done Kanye and couldn’t think of another five-letter artist to use. “Drake” fit and actually ended up looking okay. 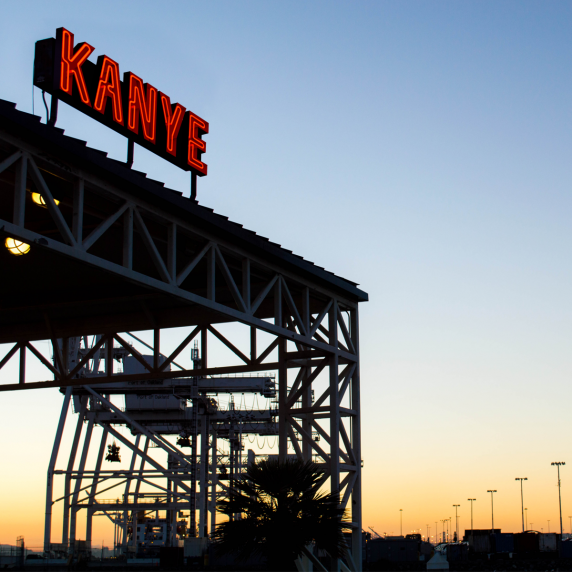 The signs were all there [originally], but they more or less did get completely removed, and then rebuilt, remade. I tried to change as little as I could to make it still seem natural. Because I was getting rid of most of the text that’s on there, I could just use whatever typography or font I wanted. The Kanye one ended up being me basically making my own because there weren’t that many neon fonts that really fit it. In the Kendrick Lamar one, I actually just used the images that were already on the sign. I cut them up and made every letter that I needed. You can’t really imitate old cinema signs with stock fonts so I had to use what was already there.

Everything is so crisp in Photoshop and Illustrator, but it’s not in real life or in the photographs. The hardest part was mimicking that; you’ve got to mess up your work a little bit. Make it more “not perfect” for it to look right. 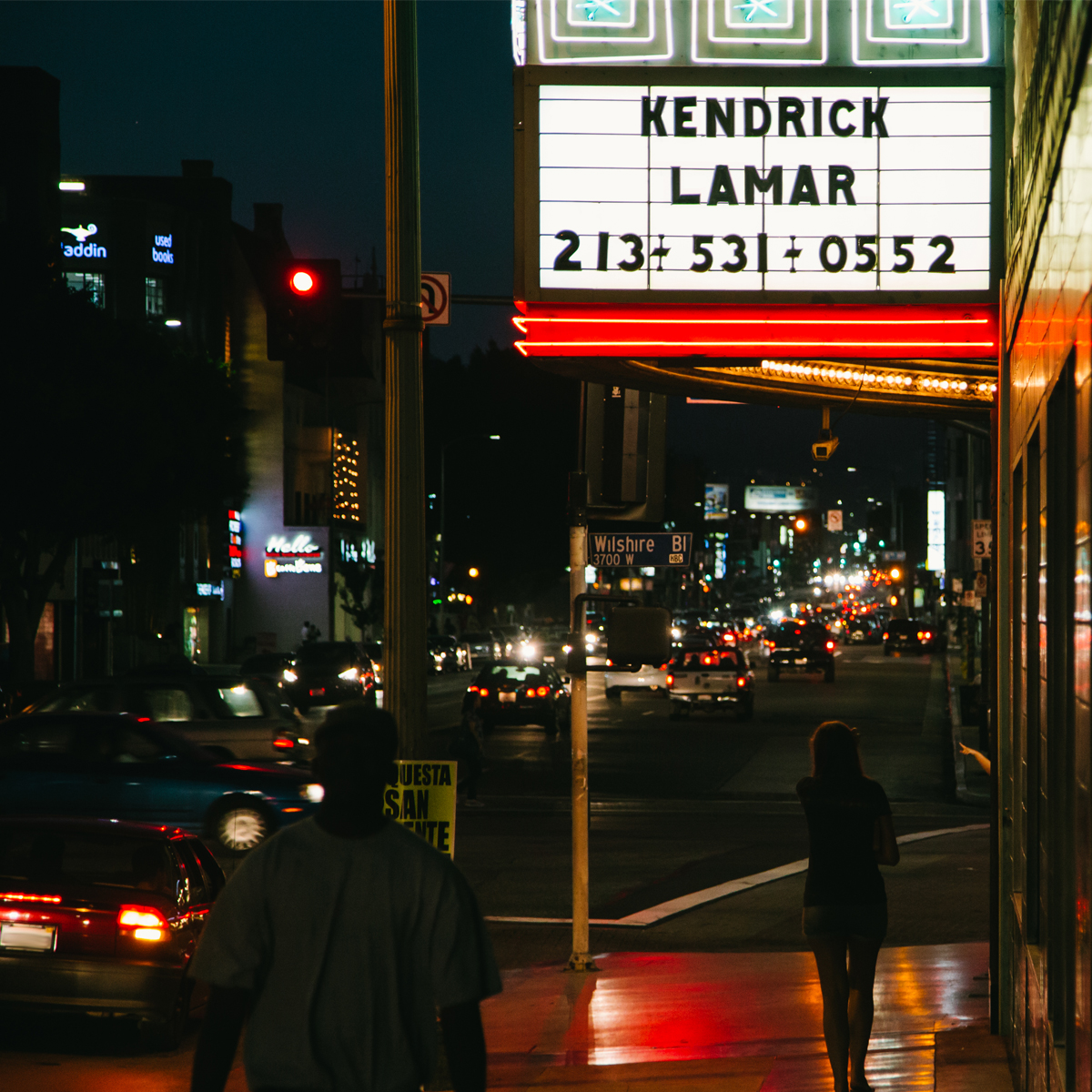 There’s a few little details in there I don’t think people have caught. In the Drake one, there’s the OVO owl on the post I added, as well, as a little bit of graffiti.

I haven’t always been good at Photoshop, but I’ve been using it since I was pretty young. There’s a tutorial for everything, and that’s how I learned a lot of my stuff, even if you can find PSD templates for certain images. I used to look at how they made them, and kind of go through them and reverse, finding the steps. Instead of sitting and reading a wall of text about how to do something or watching someone else doing it, I found it just easier and more fun to sit and do it myself, or tear apart their work. I think I learned more from that. Sometimes, when people see the tutorials, they start doing them and they may not be happy if it doesn’t turn out 100 percent how they wanted it or how the image on the website looks. Just do what you want to do on them. Don’t stick to the rules so much, as cliché as that may sound. Do what you want.