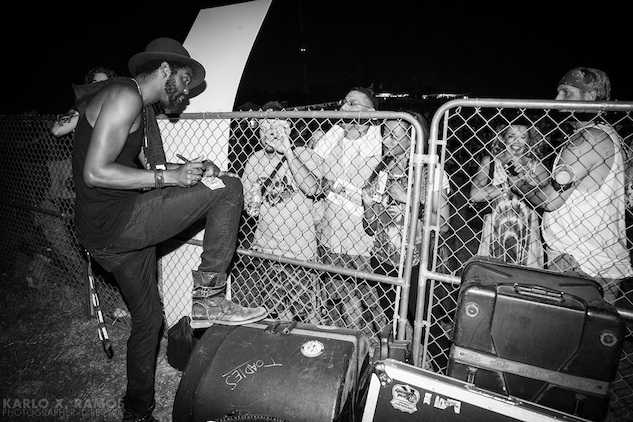 This is from an event called Dia de los Toadies, which the Toadies put together. Gary Clark co-headlined with them, and when I saw that show I thought it was like the second coming of Jimi Hendrix for some reason. He was amazing on guitar and blew me away. One thing I noticed was that when he was done, he went backstage and started getting to the crowd. There was no meet and greet, so there was a division between the artist and the fans. What I wanted to communicate with that picture was that, even though there’s a fence, literally, he’s putting himself out there and attending to them. That was a good moment.