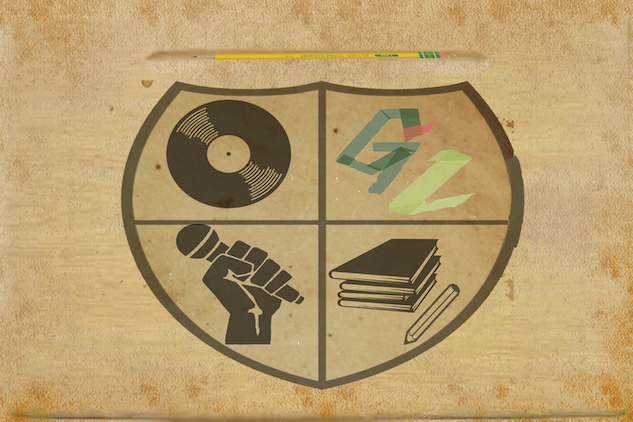 College is hard. The expectations of self-discovery or self-renewal can, unsurprisingly, lead teenagers to make grievous mistakes. Still, there’s a limit to the missteps one’s allowed to commit on campus. Here’s a helping hand for those in need of some musical refinement, brought to you Mtn Dew Black Label, a new flavor of Mtn Dew with crafted dark berry flavor and herbal bitters. Now hand over the aux cord.

For Everyone: Sonny Rollins’ “The Freedom Suite”

Everyone should listen to more jazz, and few have played it better than tenor saxophonist Sonny Rollins. Rollins’ “The Freedom Suite,” performed alongside fellow jazz luminaries Oscar Pettiford (bass) and Max Roach (drums), is a 19-minute meditation on, appropriately, freedom. “The Freedom Suite” was composed (and partially improvised) in 1958, four years after Brown v. Board of Education, but pre-dating the most tempestuous years of the Civil Rights struggle. Though Rollins wasn’t as overtly political as some of his stylistic successors, the then-radical sounds of “The Freedom Suite” proved divisive. Listen to “The Freedom Suite” and be thankful for the innumerable gifts granted by Black American artists.

For students with the phrase “Trap Remix” in their iTunes library, NY House’n Authority’s “Apt. 3A”

The Burrell twins, Rheji and Rhano, were prolific house producers–Nu Groove Records, legendary despite its short-lived existence, was fueled by the twins’ productions under various monikers. As a solo artist, Rheji recorded under NY House’n Authority, Tech Trax Inc., Utopia Project, Jazz Documents, Metro, and Roqui–it’s the first of those monikers, NY House’n Authority, which is credited with the APT. EP, lead by the sublime “Apt. 3A.” There is no “drop” on “Apt. 3A;” NY House’n Authority is about subtlety, restraint, and thoughtfulness.

For Those Who Aren’t Sure Of Their Major, Open Mike Eagle and Hannibal Buress’ “Doug Stamper (Advice Raps)”

It can be difficult to find mentors at college. Open Mike Eagle and Hannibal Buress can help. “Doug Stamper (Advice Raps)” offers the guidance authority figures at your school can’t, or won’t, provide. A sampling of Do’s and Don’ts, according to OME and Buress:

Do:
•Grow a ‘fro like Pam Grier
•Cop a mixtape from DJ Snowy Boo-Boo if you’re around Southern Illinois
•Lie to CIA torturers
•Eat fruit

For The Acoustic Guitarist in the Quad, Caetano Veloso’s “O Leãozinho”

Your aimless, tuneless acoustic guitar strumming is bad, and it needs to stop. Instead of playing James Blunt’s “Beautiful” for the fourth time consecutively, consider Caetano Veloso’s “O Leãozinho,” or “little lion” in Portuguese.

Unlike Veloso’s adventurous, ambitious Tropicalia, “O Leãozinho” is a gentle, romantic ballad, which uses a lion allegory for what Veloso described in his book Tropical Truth: A Story of Music and Revolution In Brazil as “a beautiful young man whose sign was Leo.” The beauty of “O Leãozinho” has, rightfully made it a Brazilian standard.

For The Guy Who Started Listening to Future This Year, Kilo Ali’s “Freak How You Want It”

No matter how syrupy his presence, Future didn’t actually arise fully formed from the floor of Magic City. The seraph with the soft drink is only the latest in a tremendous line of Atlanta rappers beginning in the mid-to-late-’80s. Back then, Miami-influenced bass music ruled Atlanta, led by Raheem the Dream, Sammy Sam, Shy-D, and Kilo Ali, and predating the extraterrestrial arrival of ATLiens Outkast and the rest of the Dungeon Family. Kilo Ali’s 1997 album, Organized Bass, managed to get a release from Interscope, and featured George Clinton, Cee-Lo, and Big Boi.

Before Haile Selassie’s religion took over Jamaican music (a relatively recent phenomenon), and young men left their locks unshorn, rocksteady ruled the island. Rocksteady was heavily inspired by American soul music and doo-wop, with practitioners dressing in outfits inspired by their American contemporaries. It’s entirely possible to love Jamaican music and not dress in another human’s religion and culture as costume.

For the couple who posted twenty photos of themselves at Stagecoach Festival, Flying Burrito Brothers’ “Dark End of the Street”

We get it–you’re just a tad more “folksy” and “simple” than us city folk, even though you’re an Econ major raised in a Portland Craftsman home. If you insist on maintaining the charade that cutoff jorts are haute couture, the least you can do for yourself is to stop listening to Florida-Georgia Line. Try the tastily named and nattily-dressed Flying Burrito Brothers.

The Brothers, led by former Byrds members Gram Parsons and Chris Ethridge, used Bakersfield country as a point of departure, incorporating a wide array of American musics. “Dark End of the Street,” with which James Carr originally bore his soul, is adeptly handled by the group. Their Flying Burrito Brothers’ music was an exercise in understatement and melancholy.