Crew Cuts: Is Montreal Ready for The Posterz?

Crew Cuts is Green Label’s series wherein we unpack a creative collective’s dynamic by asking its members to talk about each other’s most valuable assets.

When a group of teenage girls teased 19-year-old Nate Husser on a city bus, comparing him to a “poster boy for American Apparel,” he had no idea the name-call would later inspire the birth of The Posterz, his rap collective with fellow Montreal natives Kris the Spirit and Joey Sherrett. It started as a by-chance meeting in the basement of a community center, where Husser was busting tracks in his free time. One of Sherrett’s beats made it into the basement’s recording studio, Husser and Kris threw on their vocal contributions, and five years later, the group has developed its creative ethos into a musical product Montreal—a city whose hip-hop scene is dominated by Francophone rappers—isn’t used to.

Over the past half-decade, the members of The Posterz have learned and adapted to each other’s tastes, sharpened their musical senses and reinforced their construct. We learned why each component—Joey Sherrett, Kris the Spirit and Husser, respectively—is an indispensable addition to the team. 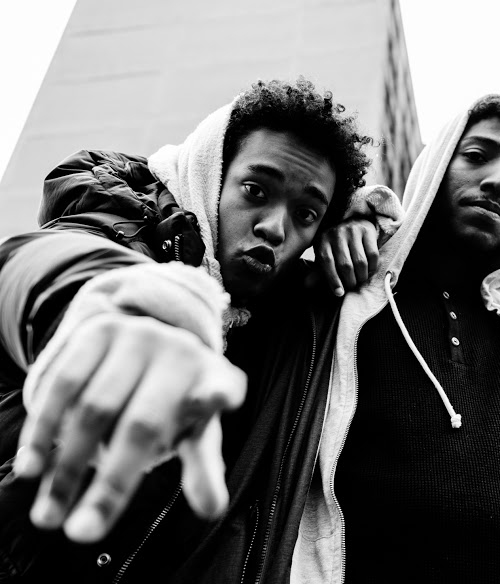 Kris the Spirit: Master technician of instruments, he’s been making music from a young age, and he’s an incredible talent.

Husser: He’s the producer. We don’t want to put out basic music, and he makes sure it never is. He’s always pushing to make it something special.

Kris: We take the normal and transform it into something unique.

Joey Sherrett: We know what the mainstream textures are and we can recognize cliche, so we make sure our music works against it, but it’s its own thing. It’s not just another Travis Scott, Drake, or Kanye. It has its own identity.

Kris: I think about expressing myself 90 percent of the time, and the listener 10 percent. You are a listener at the same time.

Sherrett: I’d say I think about the listener more. Especially after these guys lay their vocals, I’m making sure the song hits at every point it needs to hit. 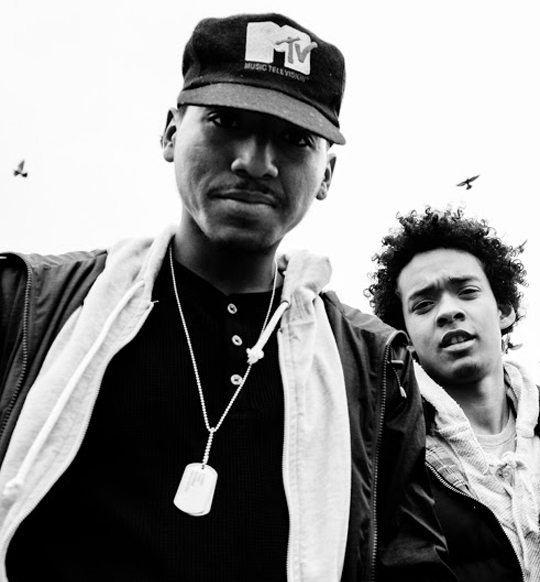 Sherrett: Kris is a crazy lyrical poet. He’s like an ethereal poet, you know? His style is dark but with potent, juicy lyrics. He brings the raw energy. He brings the blues, purples, the crimsons. 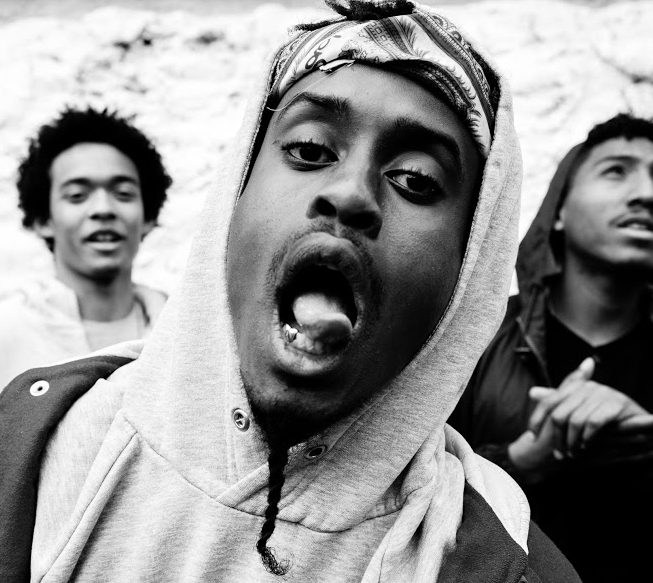 Sherrett: He brings the cool factor. His flows are dope, too. He’s witty, clever, goofy, entertaining.

Kris: He brings very intricate flows. I’ve been training him from a young age. We used to walk around town talking about spitting and flows, and I’m proud of him for perfecting his craft.