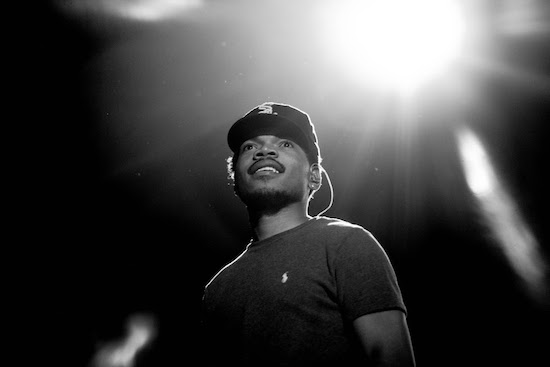 Sabrina Vaz-Holder Took Our Fave Pic of Chance: Digging Through the Greats

I’m Sabrina Vaz-Holder. I’m a photographer based out of Washington, DC. I got started in concert photography in 2011 while I was attending Old Dominion University. My husband, Quinelle (who was my boyfriend at the time) and I would get access to different concerts for a blog he created, Red Tag Society. The last two years have led me to taking photos for Karen Civil, Hip-HopSince1987, VIBE, Saint Heron and many others. 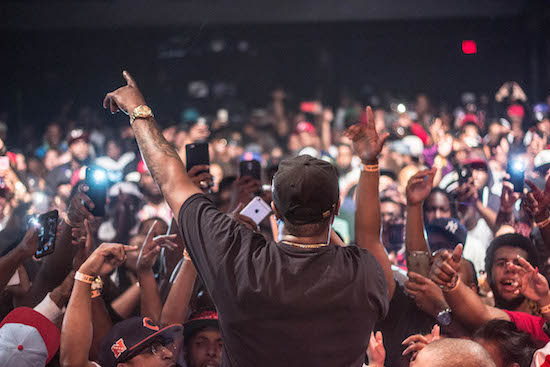 Basically, in 2016, I hit up Jadakiss’ manager/business partner (from SoRaspy.com), “IcePick,” while I worked at Sirius XM radio. I explained to him that I was a photographer and really wanted to take photos for them while they were in town. He saw my portfolio and gave me the green light. When Jada and his tour manager, Brother Hassan, saw my photos of his performance in Baltimore, they asked me the next day to head down to Norfolk and take more photos for them. This photo is of his performance at The Norva, while I was standing right behind him on stage. To have one of the greatest names in hip-hop and his team to really like my work…I’m forever thankful. Major love to Kristi Clifford from Roc Nation, Brother Hassan Sharif, and Jay Jackson for letting me into the family. 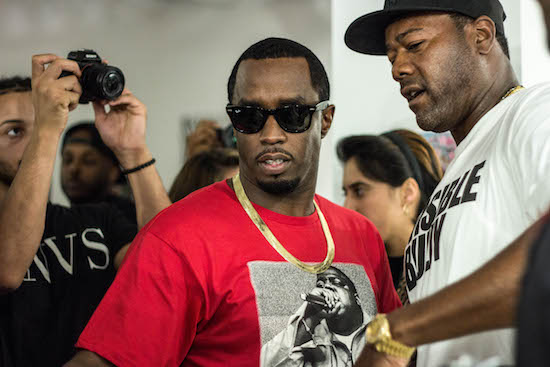 The opportunity basically led me to shooting for The LOX at the Bad Boy Reunion Tour in 2016, and I was asked to put together an installation of the photos I took at the Baltimore, MD stop for their Invisible Bully pop-up shop—at Blind Whino Arts Club, in Washington, DC.

It was a crazy day for me, dealing with the different teams of people that were running the pop-up shop. There was a lot of “Who is this chick? Where did she come from?” because I wasn’t rolling around with a team. Beside their personal photographers, only my work was being publicized. In the end it worked out great because D-Roc (Diddy’s right hand man, who also managed Biggie) looked out for me.

I remember hearing Diddy walk in and everybody crowded around him. He asked D-Roc if I shot the work and he said, “Yeah!” Diddy said the installation was “dope”, and stopped at one of my Ma$e photos to admire it, which was pretty awesome. When Jadakiss walked in, he geeked out at the photos of him, Styles P, and Sheek. [Later he] said, “Yo! Those photos were crazy!” It was a great day for me. 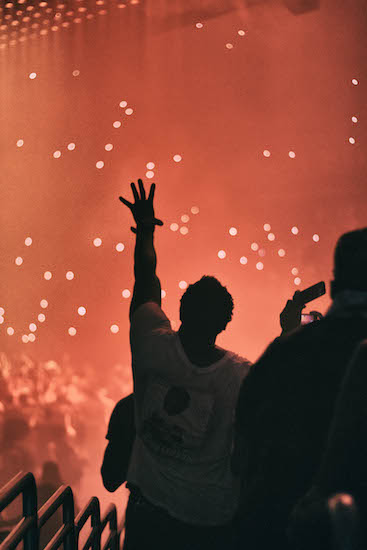 This was another epic moment for me. I planned on going to the show just to watch. But then a good friend of mine, Alaska, told me he was going to be there as well and wanted me to take photos for his client Tony Williams, who was on tour with Kanye. Of course I was down. I got my ticket, and prepared myself for what was about to happen. That whole show was amazing. And being able to capture every moment of it was insane. Kanye’s fans are awesome. It was like a huge family gathering. Everybody got along and Kanye was the sole reason for that. One of the moments I remember was a fan who was reaching out to the stage above us, and he knew EVERY lyric to each track. There was a moment he even fainted out of excitement, and got right back up as if nothing happened. We all just got along at that show and it was nothing but good vibes in that stadium. 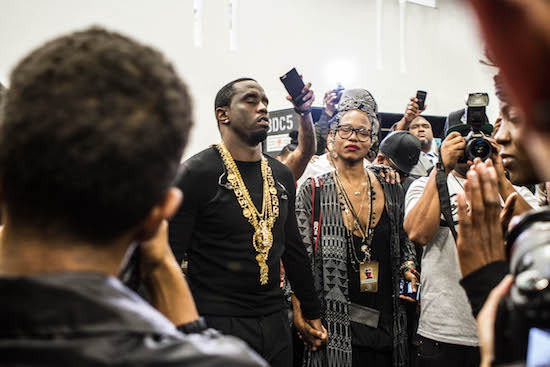 Because I took photos for Jadakiss during his Top 5 Dead or Alive tour, his management team made sure I took photos during the Bad Boy tour for the LOX—including behind the scenes. I just remember running alongside the LOX to grab photos of them interacting with everyone. Diddy moved me a little to the side because he’s walking through to the center of the group, gathering the whole Bad Boy family for prayer, led by Total’s singer, Pamela Long, before the show. I got to pray with them, and I even saw Faith and Lil Kim hug each other, which was such a sweet moment. I couldn’t believe I was there. It honestly felt like a dream. This photo really showed how human Diddy is.

This photo was taken during Trillectro in 2015. It reminds me of all the shoving and pushing I had to go through just to get this one crystal clear shot of Chance the Rapper. I was super exhausted, back hurting like crazy, hungry, and agitated, but this shot made my entire experience worth it.

He came out running on stage, water flying everywhere from the bottle he had. While ducking the water, I jumped up and snapped this one moment, which was the second he realized how much the crowd was loving him. He stopped for about 20-30 seconds to just take in all the screams and praise, and it looked like he was tearing up but he just smiled, shouted how much he loved his fans and gave an amazing performance with his band The Social Experiment. Much love to Modi, Ahad and Heather for believing in the kid early and letting me capture these great moments for them and Karen Civil.

Digging Through the Greats photos