The DEWcision Debates: Sega Genesis or Super Nintendo; Which Was the Better ’90s Console?

Currently, two DEW flavors are locked in a fierce battle, with fans of either Mtn Dew Pitch Black or Mtn Dew Baja Blast going to increasingly astounding lengths to prove their devotion. In the same way, we pitted two Green Label contributors, Caleb Pitts a writer, and Dominick Rabrun, an illustrator and writer, to argue the impossible: Which console was better to own in the ’90s, Super Nintendo or Sega Genesis?

Neither actually chose their position; they were randomly assigned consoles in order to flex their skills of rhetoric and persuasion, honed we’re sure after years of miniature 140-character battles on Twitter.

Simply too much is at stake for these battles to ever be fully resolved. You, on the other hand, can make the difference: go to DEWcision.com to vote for either Mtn Dew Pitch Black or Mtn Dew Baja Blast. Remember: two choices, one remains!

Okay, so I never owned a physical Super Nintendo console. Some of you may say that it’s going to make me unqualified to take the stance that I’m going to take, but I believe that I am qualified because of that.

Super Mario World was the first game I ever saw anyone play. I was 5. It was my neighbor’s console. I still remember the colors and sounds of that moment to this day. It was formative for me, and it stirred a powerful yearning within me to own a Super Nintendo. 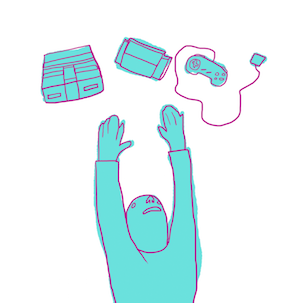 Super Nintendo had Final Fantasy 6 and Zelda and Shadowrun. It had Metroid and Chrono Trigger and—

OK, I need to say that again. SHADOWRUN and FINAL FANTASY 6. And if I get the chance to talk more about those two in this e-debate, I will.

Super Nintendo had its own magazine. It had a culture behind it, and all of these fun gadgets that no one’s parents would ever buy unless they were spoiled rotten.

Do I sound bitter? I’m not (OK, maybe a little). I got to experience Super Nintendo as a bystander, only able to play every once in a while until I downloaded an emulator as a middle-schooler. This meant that I became an expert on what I missed out on in the ’90s.

In the ‘90s, Super Nintendo gave people access to some of the best RPGs and adventure games on the planet. If you owned one, consider yourself lucky.

Nintendo was the best console to own in the ’90s. Take it from me, the older version of the bitter kid that saw it all pass me by while I clutched onto my Sega Genesis.

Also, you could save your games on most Super Nintendo cartridges. Come on.

Big thanks to Green Label for hosting this debate, and a bigger thanks to Dom for making this so easy.

To say that the Sega Genesis is simply “better” than the Super Nintendo is an egregious insult to Sega fans everywhere, one that, if true, would earn the Genesis a spot on a long list of things that are better than the Super Nintendo, like decorative pinecones, and hand Sanitizer. The Genesis is the greatest gaming console to ever exist, and not above is asserting its dominance—dominance that I will now break down, in three parts. 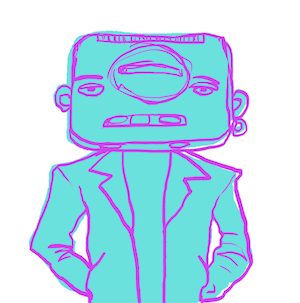 The Games
Sonic, Shinobi 3, Streets of Rage 2, other games that begin with an “S”; the Genesis was stacked. While Nintendo owners pretended to know which one was Zelda and which one was Link, I played as a prehistoric gorilla, fighting dinosaurs to the death in Primal Rage. Anybody could go be a plumber in real life; Sega let us fulfill our wildest dreams, virtually.

The Culture
The SNES was targeted to kids with rich parents; Sega aimed their console towards gamers. It’s a well known divide. The perfect example of this is that on the SNES version of Mortal Kombat, the trademark gore was swapped out for “grey sweat,” in order to protect Nintendo owner’s fragile eyes. Grey sweat. Let that sink in.

Good friends of the Green Label e-audience, my friend Caleb is really trying, so please- wherever you’re reading this, give him a round of applause for effort.

I’d first like to address the games that Caleb brought up.

Sonic—A game about a blue guy who runs.

Shinobi 3—Another game about ninjas.

Streets of Rage 2—A game where you hit people and eat turkey that fell out of a trash can.

Second, I’ll address the harsh remarks made about the Super Nintendo’s looks! These are aspects of the console that are irrelevant to the experience of playing games. It’s like your mother always said:

“It’s what’s on the inside that counts. Unless you’re talking about the Sega Genesis. Then it’s just sort of mediocre all around.”

Let’s not beat around the bush here. Video game consoles are conduits to other realities, and the realities that the Super Nintendo brought you to were consistently engrossing and unique.

But if we’re going to talk about looks, let’s do that. I want to talk about the looks of the players, though. I want to talk about the looks on millions of kids’ faces as it dawned on them that they couldn’t save their games. Brutal. If the Sega Genesis was so great, why was it so stingy with giving players the ability to go back to where they’d left off? Let me remind you all that I owned a Genesis, and it was painful to have to go to bed knowing that I’d lose everything I worked for.

I cried many a night, holding onto that weird black banana shaped controller.

OK. I’m exaggerating, but it really did suck.

Nintendo cared enough about your memory and your sanity to let you save your progress. Sega didn’t. Let that sink in.

To begin this round, I would like to quickly imagine how my opponent would describe various pieces of great art, based off how he described some of the greatest video games of the 1990’s.

Point made, I hope. But back to the issue at hand.

Like it or not, aesthetic appeal is a part of what makes a console great. The Genesis was a snapshot of what was to come, and over two decades later, the three major consoles on the market are entirely black, obviously paying homage to the coolest gaming console to ever grace our 13-Inch CRT tubes. Think about it, that thing came out in 1988, what else was rocking all black in the ’80s? That’s right, punk bands. And punk bands were super cool. Case closed.

An important aspect of the Sega genesis was its immense superiority in the field of sports games. For a whole generation of kids like me that were far too ugly and muscle-less to go outside and play real sports, games like NFL Football ‘94 finally gave us a chance to earn the love of our distant fathers. I’ll never forget the first time I name-dropped John Elway in front of my pops, he looked down at seven-year-old me and, with pride in his eyes, asked “Nice. What’s your name again?”

Now he routinely recognizes me at Christmas dinner, all thanks to the Sega Genesis.

To quickly touch on the subject of saved games: existence is fleeting, Dom, and that includes your save data. Sega understands this. To quote the ever-wise Dalai Lama, “Nothing is permanent”. Are you saying His Holiness the 14th Dalai Lama is a big phony?

You may think that these tears in my eyes are from the touching story that my opponent just told us about his dad. You would be partially correct. But I’m mostly tearing up because I’m thinking about how I’m going to win this final round by a landslide.

I want to talk to you about legacy.

The Super Nintendo’s powerful video game library, reliable hardware, and dedication to creating a culture was incredibly influential on video games and entertainment today. I could spend hours talking about Nintendo’s first-party franchises.

If any of you have ever spent more than the minutes talking about Sonic the Hedgehog, I will burn all of my vintage issues of Nintendo Power right now.

Legacy means creating a foundation that can be built upon, cherished, and respected. That’s what the Super Nintendo did. Every time you see Mario, Zelda, or even a Pokémon now, you’re looking at juggernauts that were built on the back of the console that we all know to be the greatest.

I hereby challenge my opponent to close with a counter-argument regarding the Sega Genesis’ legacy.

Wrapping up, I’d like to thank Green Label for arranging this fine debate with Caleb, and I’d also like to address those of you who are still on the fence. If you haven’t yet chosen a side, go play Shadowrun, Earthbound, or Final Fantasy 6. You will be moved (possibly to tears) and astounded by the complex, robust stories that Nintendo brought to gamers in the ’90s.

The Super Nintendo had the games. It had the functionality and the staying power. It was the best. 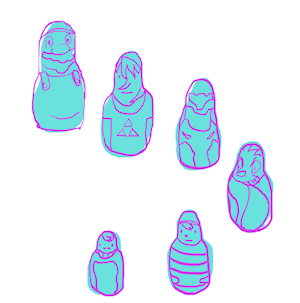 In 2001, Sega broke the news (and my heart) by announcing that they would be closing their hardware department, ending a run of console releases that was bookended by the revolutionary SG-100 and the sorely underappreciated Dreamcast. It was over, Nintendo had officially won the console war, something that was highlighted by the unveiling of the Gamecube just a few months later. The Gamecube felt like Nintendo’s victory lap, and it hurt for Sega fans. The wound was just too fresh.

The interesting thing about legacy is that it’s not actually cemented until it’s all over. Few people are arguing over how Fetty Wap will be remembered because, as great as he is, Fetty still has plenty of time to ruin our memories of him by doing something truly awful, like dropping a spoken-word album, or claiming Space Jam was only “pretty good”.

In that same way, Nintendo’s legacy has not yet been set in stone—Sega’s has.

Sega fans don’t have HD remakes of our favorite childhood games or new Sega consoles that are only ever used for Netflix—we have our memories. That’s it. That is Sega’s legacy, a legacy built on the memories of ugly children like me and you, memories of something that will never exist again, and that’s what makes it beautiful.

Nintendo, on the other hand, still has plenty of time to ruin their legacy with a Glover sequel. That was just a friendly reminder that Nintendo once published a game about a sentient glove that rolls around on a circus ball. I probably should have opened with that.

The Genesis is the greatest console to ever be released, it had classic games, a lasting legacy, and it mended my relationship with my father. It was simply better.