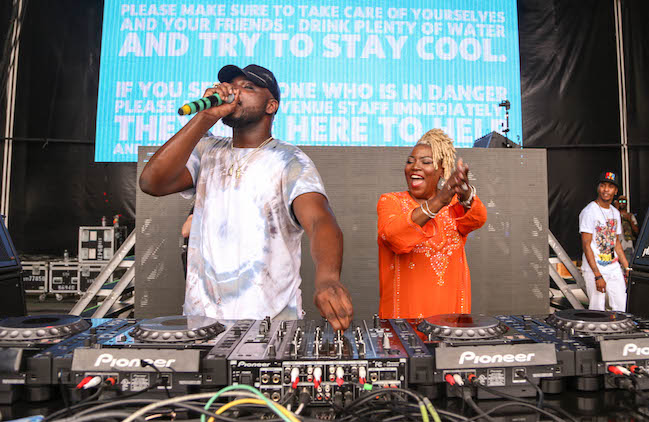 5. DJ Swizzymack and His Mom

DJ Swizzymack has been a great friend of mine for a couple years now and also a very big supporter of my photography.

Earlier this year, we surprised his mom on Mother’s Day with a framed photo that I had taken when Swizzy had brought her out on stage in Philadelphia for the final show of his first nationwide tour with Skizzy Mars. She could not have been happier, and since then she has welcomed me into their family many times. T

his year Swizzy was performing at the Philly Mad Decent Block party for the third year in a row, I believe and as always, he brought his mom and grandmother to the event. This year he brought his mom out and introduced her to the crowd right as he dropped “My Mama” by Future and the crowd went wild as he and his mom jumped around having a blast. Might be a future mother’s day gift in the making.