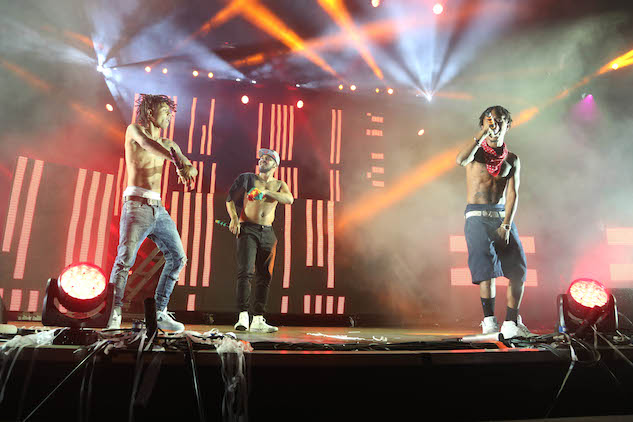 So I had been friends with fellow photographer Myles Harris for a while, ever since he came to Philly on tour with Two-9. He's from Atlanta and ended up becoming the tour photographer for Rae Sremmurd, who I had met for the first time at Trillectro, in 2014. Whenever they came through Philly I always tried to link up with them, but I knew they were constantly moving. Finally, during the summer of 2015, they hit me up saying they were in the city for their tour with Meek and Nicki. I told them Mad Decent Block Party was in Philly and they ended up coming through for the final night as Major Lazer’s special guest.