The 10 Most Obscure Rap Songs From Dallas 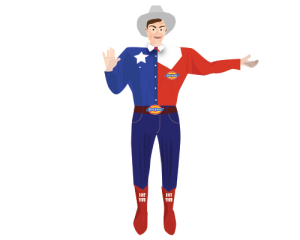 In rap’s canon, Dallas is considered the little brother to Houston—it has a million fewer residents—but it’s no less dense. Both cities are ensconced in sprawling metroplexes built on flat land, and it’s the ninth-largest city in the United States. The cotton fields that lapped at the edges of the city are gone, the body-shattering pinching of bulbs long since replaced by telecommunications, oil, and the whatevers of commerce. Still, where there’s dissatisfaction and disadvantage, there’s usually good music. Such is the case with the Dallas. Here are ten songs you probably didn’t even know you’ve been missing.

Dallas’ rap scene is in rude health, and no one is releasing better music, or representing the city with greater tenacity, than The Outfit, TX. Members Mel and Dorian met as middle schoolers in Mesquite, an eastern suburb of Dallas, after Mel’s mother remarried, and the friends linked up with JayHawk at the University of Houston. Despite their peregrinations, the trio are indisputably Dallas; Mel has described the city as the “Bay Area of Texas,” a place where eccentrics and gangster rappers commingle, or at least nearly cohabitate.

As music writer Max Bell quipped, Big Tuck deserves a percentage of Riff Raff’s income. When Riff Raff was scuttling and scuffling around Houston and hawking mixtapes in the mall, the “Purple Hulk” Big Tuck was making a name for himself in Dallas. The former’s nasal flow and borderline surrealist punchlines are heavily influenced by the mountainous Oak Cliff rapper.

“Dallas is bound to rise/Waited our turn, see now it’s our time.” Mr. Pookie’s “Crook For Life” (and album Tha Rippla) was one of many false dawns for the city. He, along with the teenaged Mr. Lucci, sold tens of thousands of albums independently, but a shady manager and a lack of infrastructure stifled what could’ve been more fruitful careers. Pookie and Lucci’s “Don’t Test Us” briefly cracked Billboard’s Hot Rap/R&B Songs in 2005.

In 2001, at the tender age of 17, Mr. Lucci released Diabolical. The album’s keyboard-heavy beats and fast rapping were typical of Dallas rap in the late ’90s and early ’00s, and Lucci’s street-ready lyrics belied his youth. “Late Night Coastin’” is the Dallas equivalent of Big HAWK’s “Chillin’ With My Broad”: an ode to licentiousness as smooth as Lucci’s leather jacket and perm.

There’s little information on either Young Nino or Hot Boy Star kicking around the internet, just Nino’s Instagram page and people reminiscing about the ubiquity of “Oak Cliff That’s My Hood.” In an April 2014 interview, Mel of The Outfit, TX told COMPLEX that “Hot Boy Star got locked up several times. Him and Young Nino were out of Oak Cliff and can be credited with the whole ‘Triple D’ name.” “Triple D,” for those not from North Texas, is short for “Dirty, Dirty Dallas.”

Loudiene, “All Off A Jugg”

Loudiene (pronounced “lew-deen”) isn’t technically a Dallasite; the rapper told Dallas Observer’s Mikel Galicia that after Hurricane Katrina forced his family from New Orleans, they moved to Georgia, Baton Rouge, and Houston before finally settling in McKinney, a northern suburb. More recently, he’s integrated so rapidly into Dallas’ rap scene that he didn’t even earn honorable mention when Mel of The Outfit, TX wrote at length about the flourishing city last June. 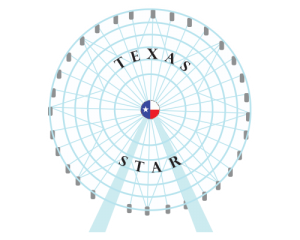 Before Straight Outta Compton, there was “the Posse,” a loose agglomeration Dr. Dre-produced acts which included Rappinstine and Dallas rap trio the Fila Fresh Crew. Dr. Rock, a former member of the World Class Wreckin’ Cru, had relocated to Dallas and formed the group with rappers Fresh K and Doc-T. On the group’s only EP, Tuffest Man Alive, it’s the booming, throaty Doc-T who’s the standout. Shortly after Macola Records (a distribution plant that backed into releasing records) issued the EP, Doc-T moved to Los Angeles and changed his name to The D.O.C.

Before Cali Swag District appropriated The Dougie, it was a Dallas phenomenon. The “Dallas Boogie” birthed a host of regional stars and subsequent, popular videos of kids dancing to the minimalist rap. Lil Wil’s “My Dougie” landed the rapper on the Billboard Heatseekers chart, and earned him a few select admirers outside the South: Cali Swag District, who were introduced to the song by a friend returning to Inglewood from college in Texas. “Teach Me How To Dougie” is the better how-to manual, “My Dougie” the better song.

Pimpsta, “Rollin’ On Them Thangs”

The video for Pimpsta’s tribute to Dayton rims, “Rollin’ On Them Thangs,” contains what has to be a first in rap music: a quadruple amputee DJ. More importantly, it was one of the first Southern songs to speak in any depth about car culture. Pimpsta told Matt Sonzala, then of Ozone Magazine, “At the time that song and album kind of changed the game because no one was talking about cars like that. Everyone was on West Coast stuff, but Greg Street loved that song and helped get it out there.”

While the aforementioned Loudiene is still something of an enigma–he’s yet to release his first project–Cleveland-raised Saint Clair is one of the more prolific young artists in Dallas having released four (short) mixtapes and a plethora of loosies and guest verses in the past year. (The two have actually released a song together, “Hunnid Pack.”) On “M. Madness Flow (White Ferrari Remix),” from his Le Drought, Saint Clair’s pitch-shifted vocals sound like Color Changin’ Click-era Chamillionaire. He’s not a Spark Master Tape-imitative schtick, though–Saint Clair regularly raps in a smooth, Texan drawl.