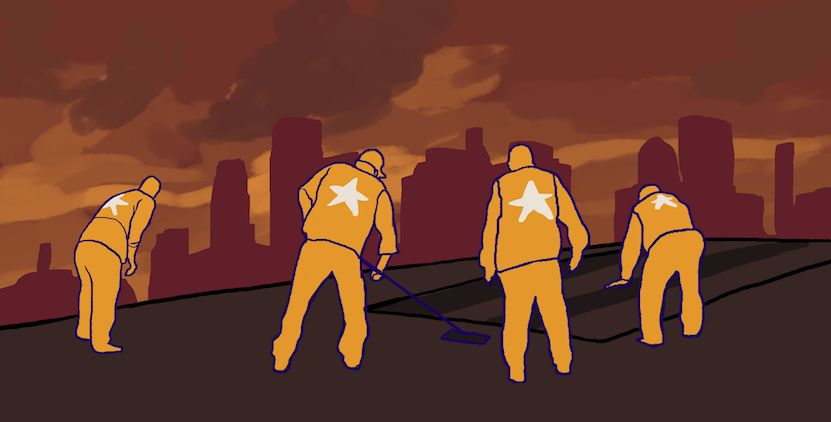 An Oral History of Dallas Rap, As Told By The Local Stars: The Outfit, TX

The Outfit, TX’s 2015 album Down by the Trinity was one of the year’s best. It’s a deeply inventive album: Dorian, Mel, and JayHawk put a smoldering, dusky twist on traditional Texan raps and production. The trio, who entirely self-produce their albums and many of their videos, are without question one of the most gifted rap groups alive. Their local successes have yet to translate to national recognition, but that’s less a referendum on their music than it is the difficulties of being from Dallas.

The gentrification of Dallas has affected [the city’s] hip-hop scene drastically. Ten years ago, Dallas’ hip-hop scene was hood, it was ratchet, that’s what we were known for. It was reflective of the city—at the time, the youth still lived in the inner-city. And that’s where hip-hop went. Two-thousand-four, 2005, Dallas hip-hop was hood as, ratchet as hell; by the time you got to 2012, it was more suburban, more dance-oriented, more fun, party-type stuff. 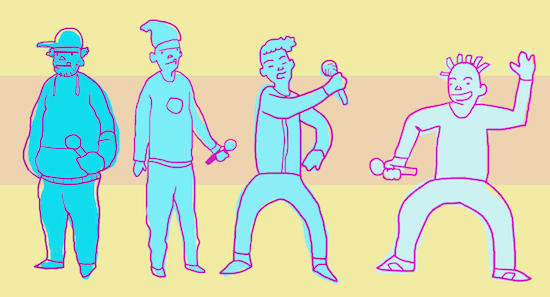 The relocation of Dallas’ youth changed the culture quite a bit. When we went down to Houston, for college, Dallas had a reputation. Transplants were known to love to fight, cause trouble. More recently, the reputation is for dancing and being playful. It’s harder to find what once was a very potent, palpable, and unique culture that we had and expressed through our hip-hop. The youth and the culture was all concentrated, on top of each other, and that’s why we beef like we beef. Now that they’ve gentrified it, and spread people around, you got pockets now in different places with different sounds.

Dorian: I saw a Missy Elliott video when I was seven-years-old, at my cousin’s house, in Port Arthur. It was like, two in the morning. I had no business watching music videos. I saw “Sock It To Me,” and it was, like, a Megaman video—which was cool—but it was the sound: it didn’t sound like anything else. My mother being from Port Arthur, and hearing UGK growing up, made me wanna get into music. My family has a musical background. The older I got, the more I got into making music. We all had the same situation growing up, with family who’s involved in music somehow or someway; my father played drums.

Mel: My dad was a funk DJ back in the’70s. My auntie was a conductor on Broadway for years. She conducted The Color Purple. I think she has a Tony. I was forced to pick an instrument all through school, every grade.

It’s really indicative of the region. Down here in the Gulf Coast, music has always been a central aspect of our culture. We don’t do get-togethers without music. It’s as if people do barbecues to really listen to music. I’ve been at plenty of functions where the battery died on the boombox and it’s like, people leave. Music is a part of our culture, from the blues like Johnny Taylor, to soul, funk, and gospel. I grew up hearing BeBe & CeCe Winans tapes, Smokie Norful, wild gospel. It’s imperative around here.

My dad was hell-bent on presenting me with all the dope that I missed. I grew up watching Janet Jackson’s Rhythm Nation, and listening to “Summer Madness” (the 12-minute version), Frankie Beverly boxsets. Outside of my dad force-feeding that to me, the first music I was crazy about was alternative rock ‘n’ roll. The first cassette that I bought with my own money was Alanis Morissette’s Jagged Little Pill. 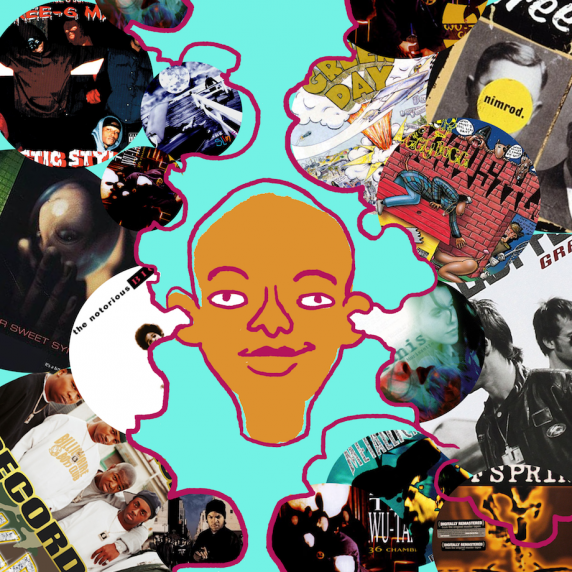 I was in the “T.A.G.” program—”talented and gifted”— in elementary school, and I befriended this little white kid named Andrew, and he just put me onto it and I liked it. I was genuinely into the music. My mama finally got cable, and we had The Box. I loved Cash Money—Cash Money ran The Box—but you would see B.G. and then Metallica’s “Fuel.” I loved all of it. I’d sing along to “Bittersweet Symphony.” I had quite the CD tower; I had everything from Our Lady Peace to The Offspring to every Green Day CD from Dookie to Nimrod. Cash Money was heavy in my CD player, but I had to sneak and get it ’cause my mama wouldn’t let me get it.

Dorian: I was in the same boat. I listened to everything I came across that was new. My father was into all types of different music; he went to all kinds of concerts and enjoyed everything coming up. When he had me, his first son, he was playing all kinds of concerts for me. Funk, jazz, classic rock, gospel—had to be in the choir as a youngster at a church in the South, it’s a requirement.

Mel: I think I was just a fan of anything alternative. Anything that wasn’t the supposed convention. My first CD was Ghetty Green by Project Pat. Back then, Project Pat and Three 6 Mafia, that wasn’t what Jay Z was. Jay Z is what you saw on MTV. I remember being transfixed and becoming a fan of Pimp C and UGK, and then “Big Pimpin’” followed, and it was over.

JayHawk: I just listened to rap growing up. My sister bought me a Method Man CD single, and I played it ’til it practically melted. I was just straight up hip-hop: Jay Z, Nas, Scarface, Cash Money–

Mel: –which he didn’t have no business listening to because he was too young.

JayHawk: Nope, I shouldn’t have been listening to that. I got in trouble ’cause I’d walk around rapping like that around my mama, like Bone Thugs. My mama’d be like “Where’d you get that from?” and my brother would be like “Bro, you trippin’, you cannot be walking around the house singing [that] around mama.” But I was heavily influenced by gangster [rappers].

Mel: They played [Mr. Pookie’s] “Diabolical” out on the radio. K104 played “Diabolical” every hour. “Crook For Life” is our equivalent to [Lord Tariq & Peter Gunz’] “Deja Vu (Uptown Baby). Naw, it’s like our “California Love.” Wait, “Southside Da Realist” is like that. That whole sound was Dallas. If you play “Crook For Life” by Mr. Pookie as loud as you can, on a nice speaker with some good low end, that’s Dallas. That’s what Dallas felt like in the late ’90s, early 2000s. That’s our spirit. The piano with the damn bass, that gutter stuff, that’s Dallas.

Dallas can tend to have—and this is with all due respect because I love my city—we’re not Hollywood. We don’t know nothin’ about no music industry and all that. Rappers around here want to be the most respected. You have to be … respected in the hood. To this day it’s still like that on the hood side of Dallas.

Dallas in the past has had some “crabs in a bucket” issues. It’s not Atlanta, it’s not LA, it’s not Houston. We’ve never seen nothing like that. Around here, if you’re not a [dealer], you’re not pulling up to the club in a Maserati or a Range Rover.

It’s been a Catch-22; it gives us our je ne sais quoi with our music and culture, and at the same time it’s [held us back] as far somebody being able to take off and become that icon around here. We just haven’t had that moment.

Think of Houston: you had Fat Pat, you had KeKe, you had Screw, you had the whole S.U.C. Those are the boys that really paid the dues and laid down the foundation for the Mike Jones’s, the Paul Wall’s, and the Chamillionaire’s, and all those people that really blew up in ’04-’05. They were able to do so because the roads that Screw and them boys paved. Here in Dallas, the Pookie’s, the Lucci’s, the Tuck’s, the Tum’s, and all those legends have paved roads; now, a handful of us has to build upon these roads. That’s where we are, that’s what we’re waiting on.

[The Outfit, TX are] locked in, loaded, and ready to blow. We feel like that’s what the city needs, and that’s what we need. We’ve been paying dues for a minute. Down here where we live, everybody’s not cognizant of the blogosphere. You go to the clubs, you go out here, they don’t know about HipHopDX. Some of them have kind of missed our grind, but they findin’ out.