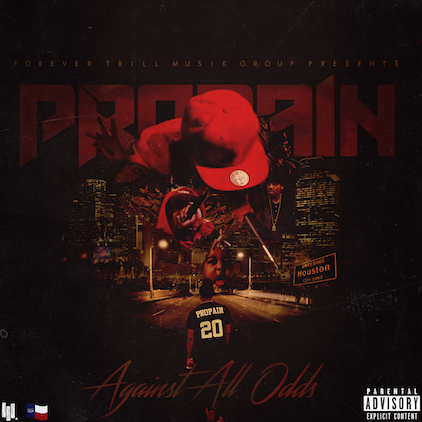 5. Propain, "Against All Odds"

"Against All Odds" is hands-down one of my favorite covers I've been done, the project as a whole is amazing and I was happy to even be a part of this tape.

With this cover, I wanted to embody both Propain and Houston at the same time. I put fans from one of his concerts on the cover which shows them throwing up the "H" and I found that to be
one of the most impactful aspects of the cover, because this tape was for the city.

It was also for fans that have been with him from the beginning, so I felt that including at least some of the fans on the cover would be a pretty cool idea. In my eyes, Propain is an underdog with amazing music from Houston and this cover portrayed that.